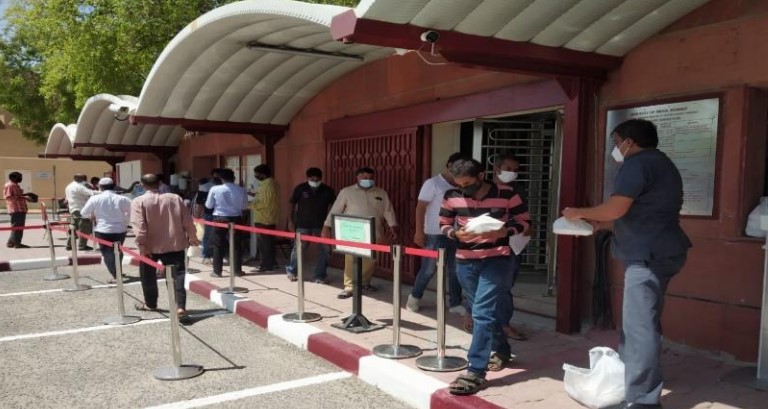 As per latest official statistics, total 10,29,861 Indian nationals are residing in the state of Kuwait. They are present in all segments of society in Kuwait and are considered largely as disciplined, hardworking, and law-abiding. By and large, the Indian workforce is well regarded by the Kuwaitis due to their sincerity, hard work, peaceful and lawabiding nature. Around 90 % of the population is employed in various fields such as Government sector, private sector, Independent business and domestic sector.

Food packets distribution in the Embassy:

Since September 2020, Embassy has been distributing lunch packets to the distressed Indian workers visiting the Embassy. 560 food packets were distributed during July 2021.

At the Domestic workers’ shelter, we take care of distressed Indian male and female workers and provide food, clothes and other basic amenities, while their grievances are resolved in coordination with concerned authorities.

Labour Complaints: Total 390 Labour complaints received during July 2021 and 213 were resolved during the month.

Repatraition / Passport held by the sponsor