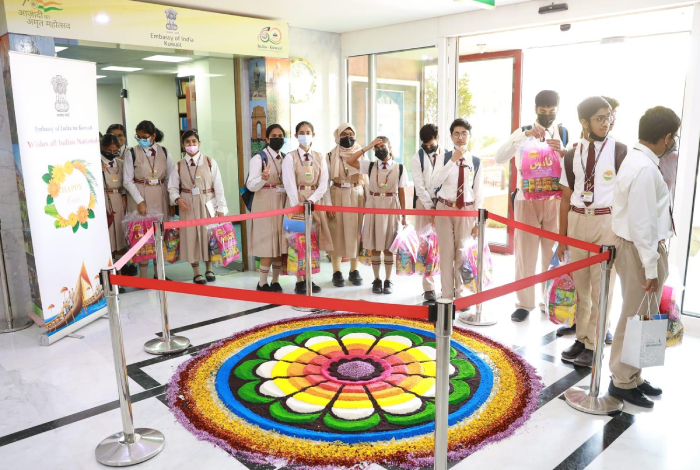 Embassy of India, Kuwait, organized an ‘Embassy Familiarization Visit’ on the occasion of Teachers’ Day (September 5, 2022). More than 200 Indian students participated in the event. The focus of the event was to make the students aware about the functioning of the Embassy. 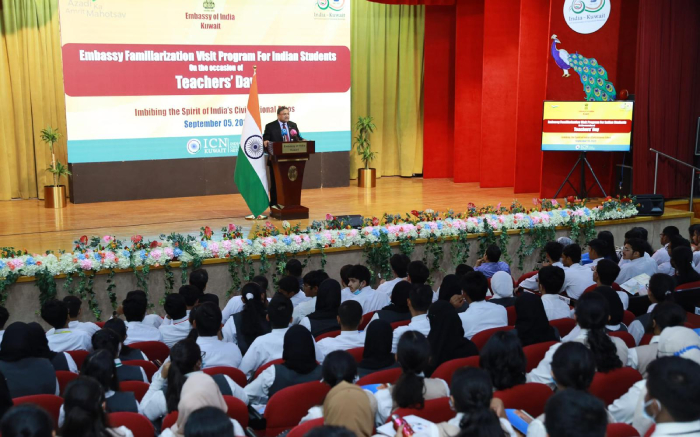 During his opening remarks, Ambassador of India to Kuwait, His Excellency Shri Sibi George extended greetings on the occasion of Teachers’ Day which is celebrated to commemorate the birth anniversary of Dr. S. Radhakrishnan, former President of India. Ambassador welcomed the students and teachers to the Embassy and expressed his happiness on the active participation by schools during the celebration of 60th Anniversary of diplomatic relations with Kuwait and also Azadi Ka Amrit Mahotsav celebrations. He highlighted to the students that the endeavor of the Familiarization visit is to introduce to the students a holistic picture of what embassy does and make the students stakeholders in promoting Indian culture and art in Kuwait.

Ambassador made the students aware about the emergence of India as a major power, focusing on the current efforts under the leadership of Hon’ble Prime Minister of India to transform India into an Aatmanirbhar Bharat. He highlighted the many scientific achievements that India made in recent years like invention of Made in India vaccine for Covid 19 and achievements in the field of space like Mangalyaan and Chandrayaan missions.

He emphasized that India is leading the world to find solution for climate change challenges, for example, Indian initiative to establish International Solar Alliance (ISA) which have over hundred countries as its members. India has also undertaken the largest vaccination drive domestically with over 2 billion doses administered to combat the Covid 19 Pandemic. Ambassador also highlighted the role played by Embassy in conduct of NEET, NATA and JEE examination in Kuwait for the first time in Kuwait which helped hundreds of Indian students during the pandemic period. Ambassador stressed that, Embassy is always a home, away from home for all Indians in Kuwait including for the students. 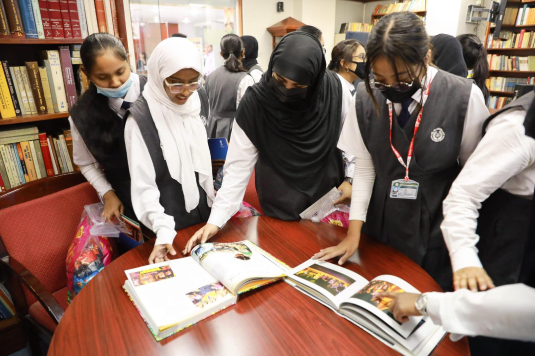 During the event, a video documentary was presented giving a virtual tour of the Embassy, focusing on the working of the Embassy of India along with glimpses of the beauty of India.

Also, a presentation was given on the topic- ‘Introduction to Civil Service’ by the Second Secretary (Education). It focused on the pattern of the examination, eligibility criteria and requirements to be a Civil Servant.

The event witnessed enthusiastic participation by the students.

After the event, the students undertook a tour of the Embassy premises to see practically the working of the Embassy on ground and also interacted with officers.

For more details about the event, please visit the website and social media handles of the Embassy. 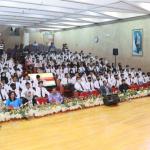 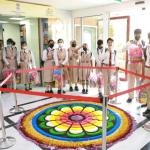 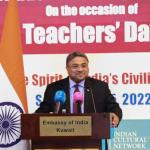 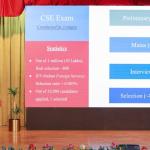 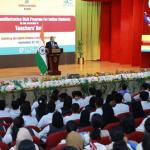 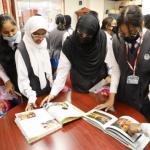 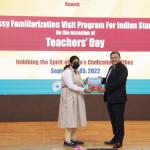 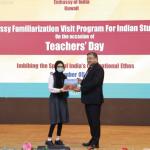 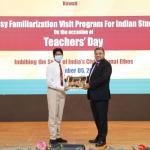