The Covid stars serve as the best example for this phrase. These stars got into action and are helping humanity to fight against the deadly Covid-19. “Stars of Covid” is a part of World Humanitarian Drive (WHD) founder Mr. Abdul Basit Syed, initiative called “Honouring The Honourable”. Since the initiative started in 2018 it has inspired millions across the world as a mode to encourage, recognise and felicitate popular figures to common men who have contributed for the welfare of the society and the world.

WHD takes pride in honouring these stars who are promoting the best for humanity. The major objective of this event was to show gratitude and honour to the incredible volunteers who have always been contributing to the betterment of humanity especially during this crisis of Covid-19. When the entire world was shut down and afraid to step out, these stars lend a helping hand to the world out there that was battling against Corona.

Of these ... the one & only foreign Indian Tamil organization.... Kuwait Tamil Islamic Association (K-Tic).

The nomination process for the event started on April 27, 2020. Over 1600 nominations from all the seven continents were received for this event reaching global recognition in such a short period. 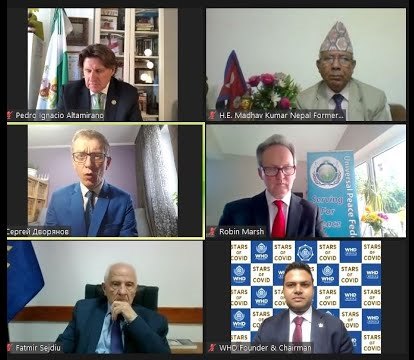 The honouring ceremony lasted for 1 hour 10 minutes with thought-provoking speeches of Chief Guests H.E. Fatmir Sejdiu, Former President of Kosovo and H.E.Madhav Kumar Nepal, Former Prime Minister of Nepal, both receiving Title of Honour “Patron of Humanity” Award from WHD Founder Abdul Basit Syed for their continuous contribution to support humanity. The ceremony ended with a valedictory wave as the award winners expressed their contentment for being recognized and honoured for their selfless act. 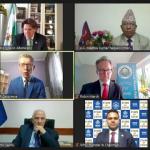 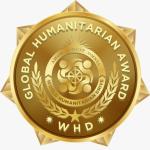 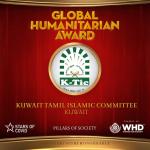 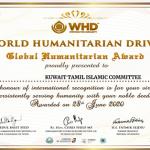