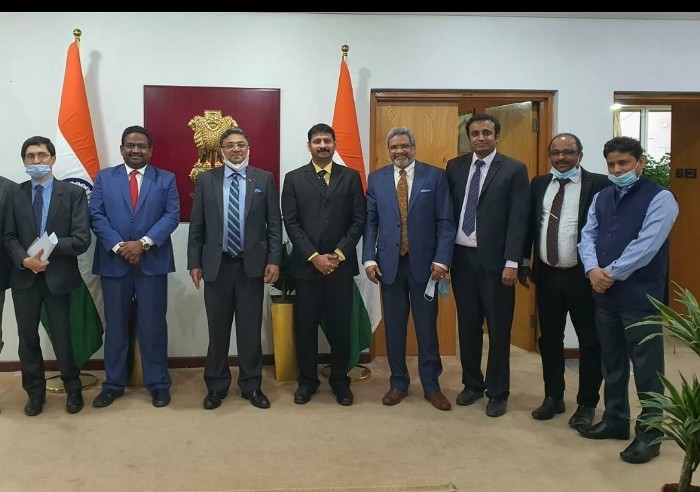 The Rise-Kudil, Kuwait is an organization consisting of Entrepreneurs & Professionals from Tamilnadu. The organization was formed to improve collaboration among the Entrepreneurs & Professionals to know about the possible opportunities & feasibilities in the business in Kuwait and around the world. As part of our activity, we conduct monthly business meeting to exchange our views on the business opportunities and changes in the procedures in Kuwait, which might have an impact on business.

Mr. Kappees George shared his vast experience in the food industry in Kuwait. Mr. Gritharan explained about their entrepreneurship in the field of Telecom and networking.

Ambassador of India to Kuwait was very receptive and positive on the concerns and the issues discussed during the meeting.

“The Rise Kudil, Kuwait” assured their participation & support in all the community related activities initiated by Embassy of India, Kuwait.