Billava Sangha Kuwait conducted “Guru Smarane” on 27th August 2021, through Zoom online webinar tomark the birth anniversary of Brahmashri Narayana Guru.The event commenced with the prayer by Mrs. Jyothi Sudheer Suvarna followed by the lighting of lamp by BSK President Mr. Krishna Sanjeeva Poojary in the presence of BSK Management & members.President, Mr. Krishna Sanjeeva Poojary welcomed whole heartedly all the members of BSK. He wished that everyone is in good health. He informed that Billava chavadi which usually held in the month of September every year haven't taken place since last year because of covid pandemic. However it’s our duty to perform Pooja toSri Narayan Guru and hence we all gathered here on the eve of Guru Jayanthi.He informed that after Guru Vandana,there will be cultural program organized by our cultural team.He appreciated the hard work of cultural team and conveyed his best wishes for the participants for taking active participation for this event.Welcome dance was performed by baby Shine Venugopal followed by Guru Shloka done by President, Mr. Krishna Sanjeeva Poojary in the presence of BSK Management & members.Honorable guests Mr. Mohandas Poojary, former president of BSK and Mr. Satish Kunder, former advisor of BSK graced the event with their presence.Sri SathyanandaTeerthaSwamiji blessed the occasion with his kind speech and advised to visit Sivagiri pilgrimage, Kerala.Mr.Mohandas Poojary, in his speech praised BSK for their charity work towards the community.Mr. Satish Kunder in his speech motivated the members to work hard and to follow the path of Brahmashri Narayana Guru.Welfare Officer, Mr. Prabhakar Bola spoke about the Scholarship Programme conducted during the Year 2020.Highlight of the function was the Cultural program based on Brahmashri Narayana Guru’s teaching and principles. 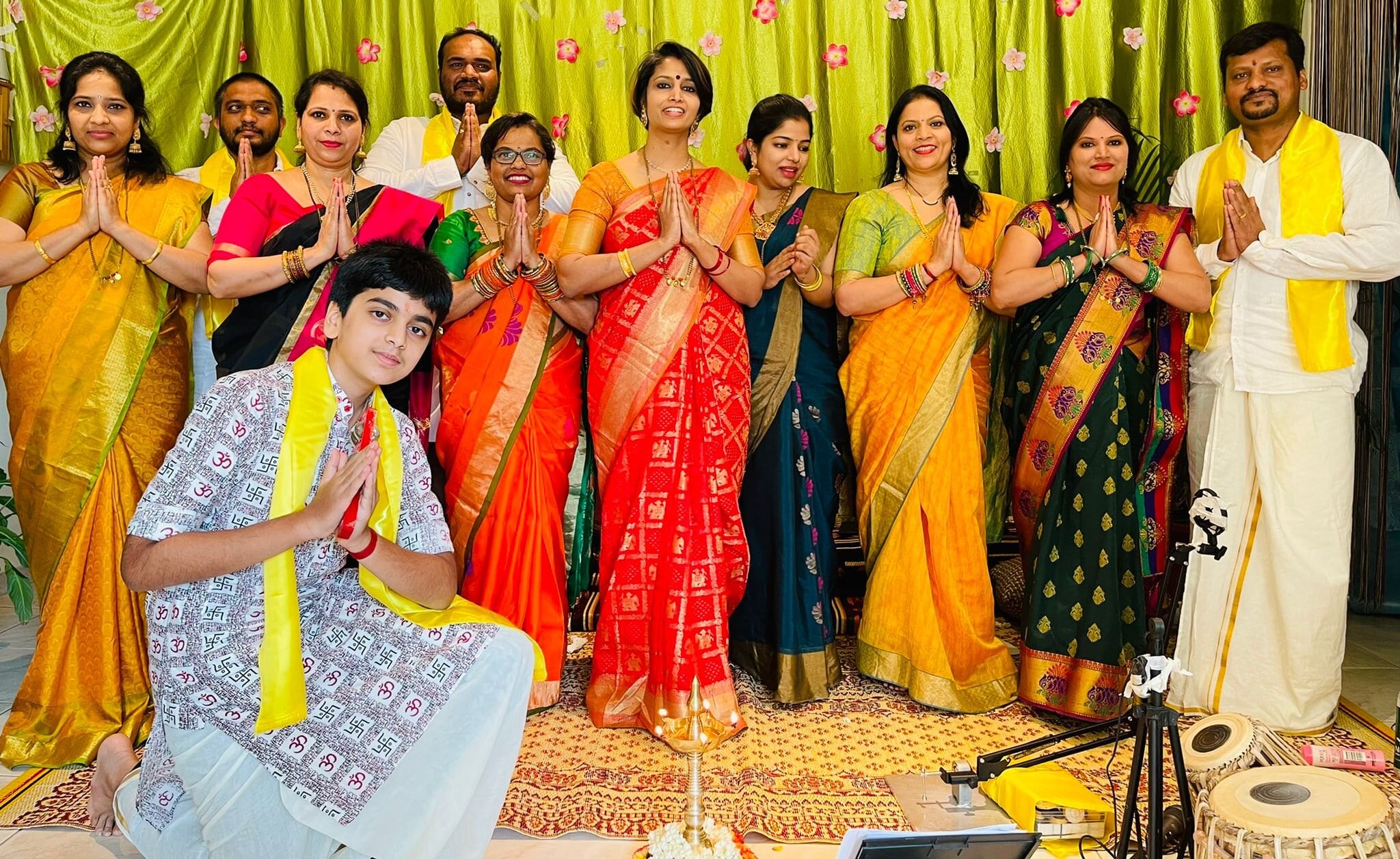 BSK management Committee would like to take this opportunity to thank all the BSK members for their participation towards the success of this function.