National Handloom Day Celebrated By Embassy of India in Kuwait

The vibrant handloom industry in India reflects India’s cultural richness and diversity. Indian hand-woven fabrics have been known since time immemorial. Of all the arts and crafts of India, traditional handloom textiles are probably among the oldest. The handloom industry in India has a long tradition of excellent craftsmanship, representing and preserving the vibrant Indian culture. Each region of India has its own textile tradition. 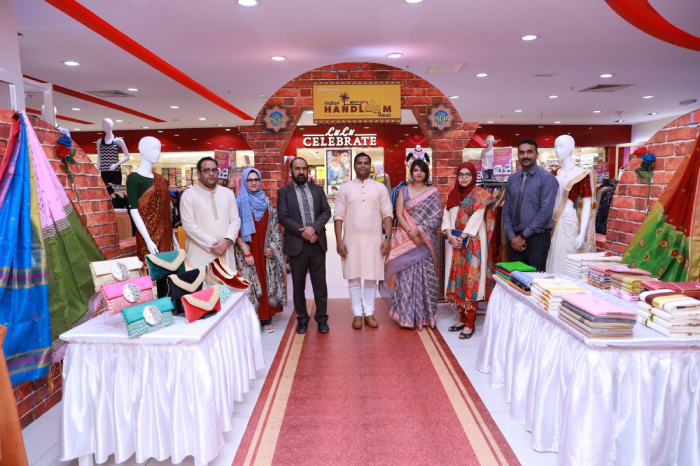 From Jammu and Kashmir to Kerala and Tamil Nadu, from North East to Rajasthan and Gujarat, handloom in diverse variety and style is spread across thousands of towns and villages in all the Sates of India. In fact, there is hardly any village where weavers do not exist, each weaving out the traditional beauty of India's own precious heritage. Indian artists are now distinguished worldwide for their hand spinning, weaving and printing elegance and our handloom products are known all over the world.

India’s textiles sector is one of the oldest industries in the Indian economy, dating back to several centuries. The industry is extremely varied, with hand-spun and hand-woven textiles sectors at one end of the spectrum, while the capital-intensive sophisticated mills sector on the other end. 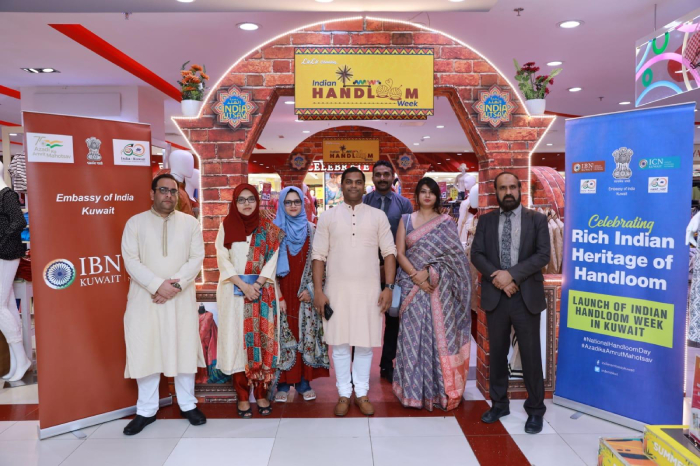 Indian handloom industry products are known for their unique designs and finesse. The industry has a strong infrastructure with about 2.4 million looms of varied designs and construction, indicating significant production capacity. The export of handloom products from India is valued at around US$ 350 million annually. Nearly 15% of cloth production in India is from the handloom sector.

Today (7 August), the Handloom Day was inaugurated at Indian Heritage, Lulu Hypermarket, Grand Hyper and other showrooms to showcase the rich and diverse heritage of Indian Handloom products. A live workshop of Indian craft was also organized at India Heritage.

A live presentation on the rich diversity and history of Indian Handloom, and types of weaves was also presented on the occasion of National Handloom Day, followed by showcasing of videos on Handloom from various parts of India along with glimpses of the promotion of handlooms in Kuwait.

The celebration was widely publicized through various social media handles in Kuwait with hashtag #MyHandloomMyPride. The event witnessed enthusiastic response on social media from large number of community members and friends of India. 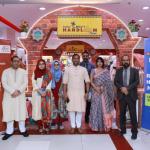 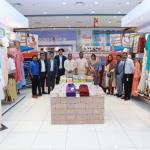