A man in a woman's world

A.Muruganantham has empowered hundreds of women across India through his low-cost machine that makes sanitary napkins. He talks to Akila Kannadasan about his innovation 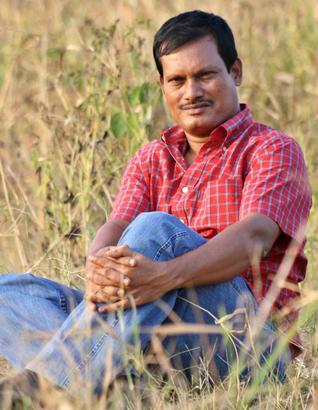 It was a lazy afternoon at the Muruganantham household. A. Muruganantham was watching a movie on his black-and-white TV after lunch. His wife Shanthi furtively left the room with dirty rags in hand. Muruganantham was shocked when he found out what they were for — Shanthi was using them for her monthly periods. Why resort to such unhygienic means, he asked her. Muruganantham didn't know then that Shanthi's reply would change his life and that of hundreds of women in India. “We can't afford milk for the family if I spend on sanitary napkins,” she said.

Muruganantham had no idea what a sanitary napkin was, back then. When he found out, he thought, why not make a cheaper version for his wife?

Every evening, after he finished his work welding gates and windows in a workshop in Coimbatore, he spent long hours in a 10x10 room behind his house and came up with a handmade sanitary pad made of cotton. He offered it to his wife, hoping it would be useful. But it was a failure — Shanthi criticised it and his efforts.

Undeterred, Muruganantham started again from scratch. But the women in his family were terribly embarrassed about his work and would not volunteer any information. Muruganantham approached medical college students for help. He approached the Coimbatore Government Hospital. But they too didn't take him seriously.

Muruganantham devised ways and means of testing out the efficacy of the towels he made. People thought he had lost his mind. His wife left him, and so did his mother. But the man just wouldn't give up. Surviving on bread and sugar, he spent months working in his room. He wrote to a multinational company that manufactured the napkins to find out what went into making them. He learnt they were sheets of compressed fibre made from the bark of pine trees. Muruganantham devised a machine to make the napkins right here.

His persistence paid off and in 2006 his invention won the National Innovation Foundation's Fifth National Grassroots Technological Innovations and Traditional Knowledge Award from President Pratibha Patil. He got it patented the same year. And he decided to use his idea to empower women in rural India.

Muruganantham's machines cost between Rs.75,000 and Rs.3 lakh. Through NGOs, self-help groups, State governments and corporate social responsibility activities of business organisations, he takes his machines to the remote corners of India. He provides training and raw material to women there and helps them set up units with six to 10 women in each. Today, his machines function in 23 States in the country.

His aim, says Muruganantham, is to create awareness about hygiene among women in less-privileged sections of society. “Only women can do that,” he says. “If a unit is set up in a village, the first thing its members do is talk to women there about its importance. Since the product is priced between Re. 1 to Rs.1.50, the women don't hesitate to buy them.”

It's not necessary that customers buy the entire packet — the ‘resident dealers' also sell napkins singly. “A woman can buy as many towels as she wants,” says Muruganantham.

One of Muruganantham's machines is working in Himachal Pradesh. “We took it on a donkey to a village in the foothills of the Himalayas,” he says. He has set up units in a Naxalite-affected village in Chhattisgarh as well as a remote village in Rajasthan. He had to spend four days there before the women would even speak to him!

A school drop-out who taught himself English and a smattering of Hindi, Muruganantham has delivered lectures in several colleges, including the IIMs and IITs. He is setting up a unit in Africa this month with government support. Muruganantham also plans to equip his units with educational charts about hygiene and related matters. “We can also invite boys to tour these units so that they understand the changes their friends go through,” he says.

“But will my target women understand this article?” he asks as I leave. “Most of them don't understand English. Please ask the women who read this to spread the news to their housemaids, their flower sellers, their cooks…they too can become entrepreneurs.”

The contact details for Mr Muruganantham are given below: