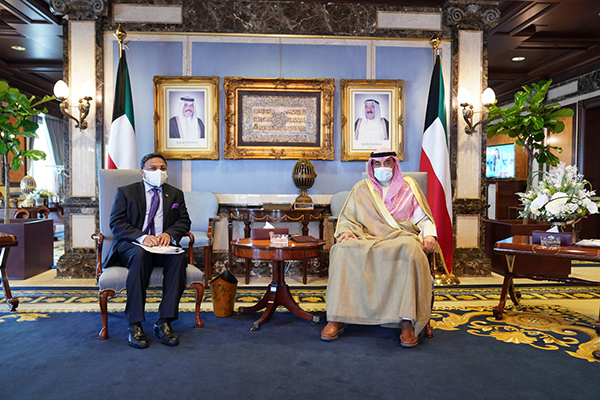 Ambassador thanked His Highness, and the leadership of the State of Kuwait for hosting the large Indian Community in Kuwait.

During the meeting, they discussed, inter alia, bilateral relations, means of enhancing and strengthening bilateral cooperation across the entire gamut of the multifaceted relationship and exploring ways to broaden cooperation in newer fields, and matters related to Indian diaspora in Kuwait.