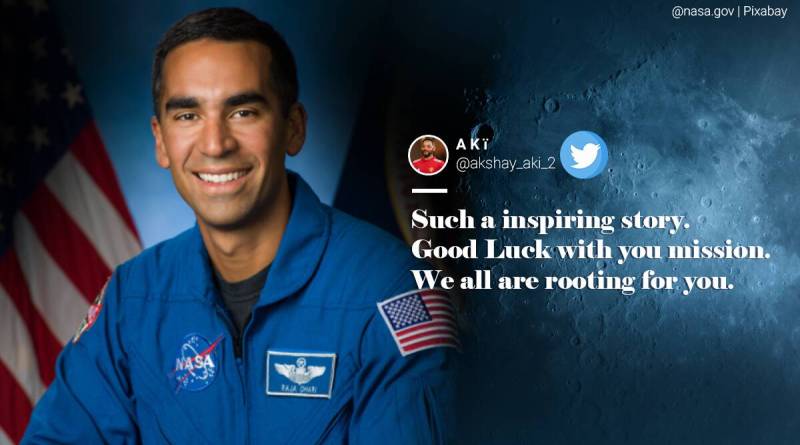 Netizens took to social media to congratulate Raja Jon Vurputoor Chari, an Indian-American US Air Force colonel, after he was selected by NASA for its ambitious manned mission to the Moon on December 9.

Chari is among 18 astronauts, who will form the Artemis Team and help pave the way for the next lunar missions, including sending the first woman and next man to walk on the lunar surface in 2024.

He was selected by NASA to join the 2017 Astronaut Candidate Class.

The 43-year-old is a graduate of the US Air Force Academy, Massachusetts Institute of Technology (MIT) and US Naval Test Pilot School and the only Indian-American in the list.

According to a PTI report, the astronauts on the Artemis Team come from a diverse range of backgrounds, expertise and experience.

The selected astronauts will work with NASA’s commercial partners as they develop human landing systems; assisting in the development of training; defining hardware requirements, and consulting on technical development.