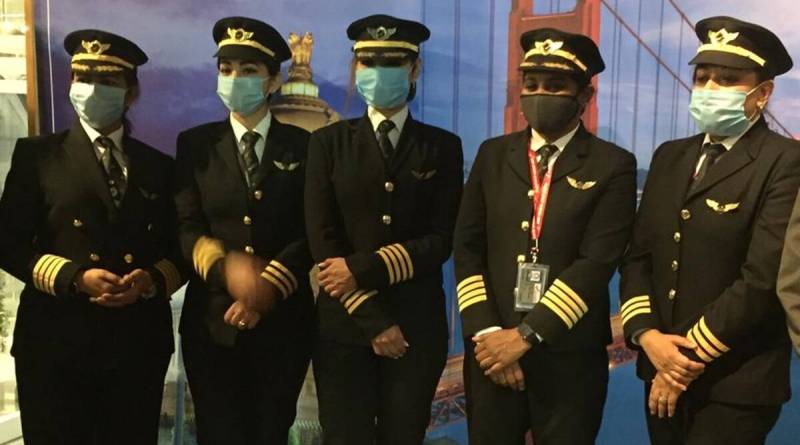 The first non-stop flight from San Francisco to Bengaluru, flown by four women pilots, landed at Kempegowda International airport in Bengaluru at 3.07 am on Monday, flying over the North Pole and covering a distance of about 16,000 kilometers.

All 238 seats were booked on the Air India flight (AI 176). The inaugural flight departed from San Francisco in the USA at 8.30 pm (local time) on Saturday and landed at the Kempegowda International Airport at 3.07 am (local time) on Monday.

The flight was operated by an all-women cockpit crew of Captain Zoya Aggarwal (P1), Captain Papagari Thanmai (P1), Captain Akansha Sonaware (P2) and Captain Shivani Manhas (P2), who responded to the cheers and clapping by showing the thumbs-up sign.

Speaking to reporters, Captain Zoya Aggarwal who has a flying experience of over 8,000 hours and has over 10 years of experience commanding a B-777 aircraft, said, “Today is the day we created world history by not only flying the route over the north pole, by having all women pilots who successfully did it and it is also amongst the world’s longest flights. So we are extremely happy and proud to be part of it and also extremely thrilled that our government and our airline has instilled this trust in us. We all did it together as a team.”

The crew also informed that the new route has saved fuel consumption, flying time, and curbing carbon footprint by flying over the polar route as the flight path.