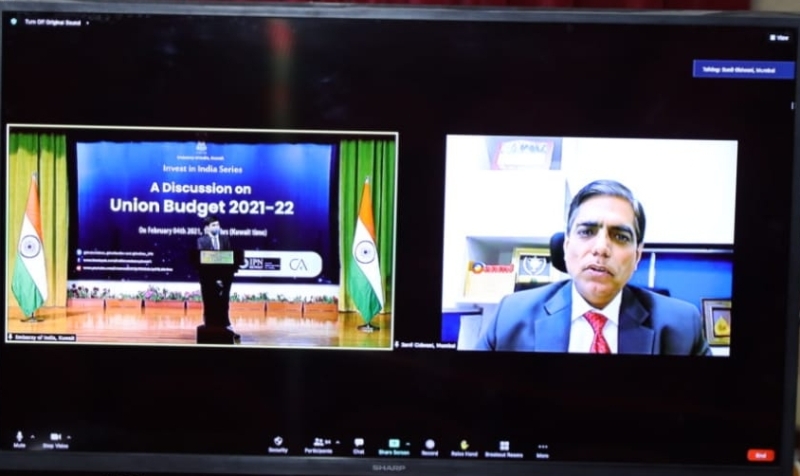 Esteemed Panel Speakers for the Event,

Businessmen from India and Kuwait,

Distinguished Guests from the Media Community in Kuwait,

Good Evening to all of you,

It gives me a great pleasure to address you all today and welcome you all to today’s event ‘A discussion on Union Budget of India for the Fiscal Year 2021-22’. This event is part of a special series of investment promotion events under the theme “Invest in India” that the Embassy is organizing to facilitate inward investments into India. The Embassy has also been organizing series of events under the themes - ‘Aatmanirbhar Bharat (Self-Reliant India)’ and ‘States Facilitation’. 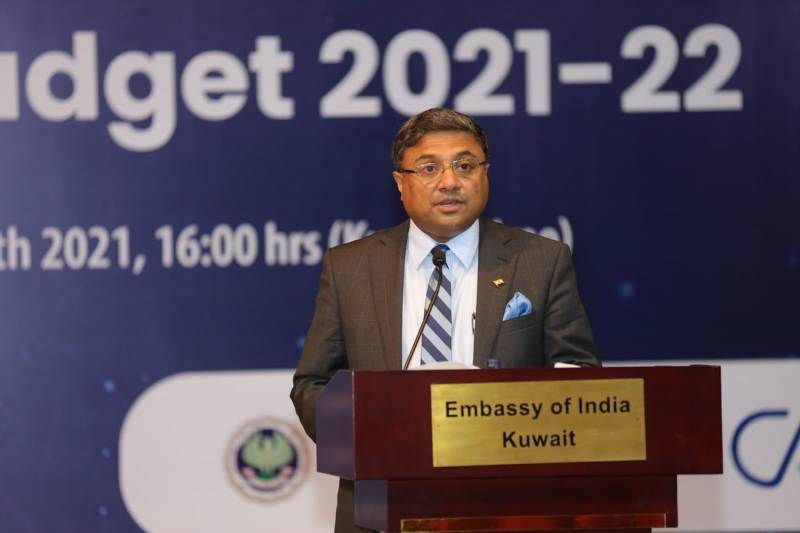 “In the midst of every crisis, lies great opportunity” said the great scientist, Albert Einstein. Today, we are in the midst of a crisis which has threatened the very existence of mankind. The ongoing pandemic continues to be a major global disruptor of health, human lives, livelihoods and economies; and the humanity as a whole is still struggling to grapple with this challenge of unprecedented proportions.

However, India turned this moment of crisis into moment of opportunity. Hon’ble PM Shri Narendra Modi gave a clarion call for building a self-reliant India (Aatmanirbhar Bharat). This initiative envisages a merger of the local with the global; an idea that ensures India's strengths act as a global force multiplier. How India turned crisis into opportunity can be understood from the following example. When the Corona crisis started, there was not a single PPE kit made in India. The N-95 masks were produced in small quantity in India. In a matter of few months, India was in a situation to produce enough PPE kits and N-95 masks that it became a net exporter of these essential commodities.

Our Covid vaccine story is another prime example of India has led the way in effective handling of the COVID crisis. Our researchers and scientists at leading laboratories have risen to the occasion and have raced against time to develop effective two Made-In-India vaccines, including an indigenously produced vaccine. This has enabled to us not only launch the world’s largest vaccine drive but also placed us in a position where we are able to supply vaccines to a number of countries in the world especially the developing countries. I am pleased to share that Made-In-India vaccine Covishield has reached the friendly State of Kuwait. We are delighted to deepen and strengthen our partnership with the State of Kuwait in the fight against the ongoing pandemic. 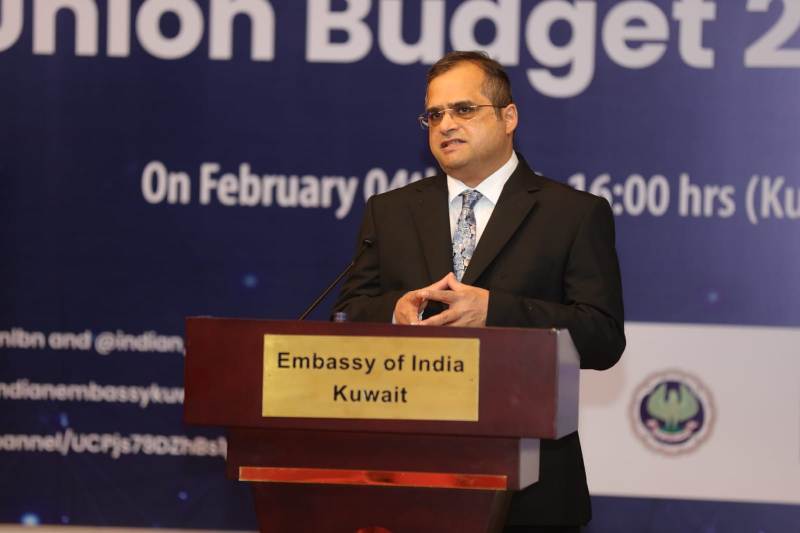 Many of you would be aware that the International Monetary Fund (IMF) recently projected that India would grow by 11.5% in FY21-22. This makes India the only major economy that is poised to post a double digit growth amidst the ongoing pandemic. The sharp V-shaped recovery is the result of the conducive reforms & facilitation measures introduced by the Government of India to encourage greater global involvement. Government policies since 2014 have been directed towards bringing necessary structural changes in the economy. These efforts have been reflecting in the World Bank “Ease of Doing Business Rankings” time and again, last year India improved by 14 ranks and jumped to 63rd position among 190 countries. India has improved its ranking by 79 positions in the five-years (2014-19).

Amidst the ongoing pandemic, India made history by successfully crossing the $500 bn milestones in FDI equity inflows. India received $261 bn between the period from 2015 to 2020. Just to put things in perspective in terms of the flow of FDI into India in the recent years, more than half the FDI of the past 2 decades has occurred during the period 2015-2020.

All this points out to one fact that the future of global economy is linked to the performance of the Indian economy. India continues to be the major engine of global economy and the global capital flows have reaffirmed this confidence in Indian economy. India's scale is extraordinary. By 2025, one-fifth of the world's working age population will be Indian. By 2030 there will be over 850 million internet users in India. By 2035 India's five largest cities will have economies of comparable size to middle income countries today. There is no market over the next 20 years which offers more growth opportunities than India. The drivers of Indian growth are deeply structural which suggests they are also sustainable.

The Union Budget 2021-22 is based on the holistic approach to growth and development adopted by the Government. It is a watershed moment in our history as we reaffirm the arrival of “New India” where the government has made a decisive move towards an ‘investment-led growth’ model. 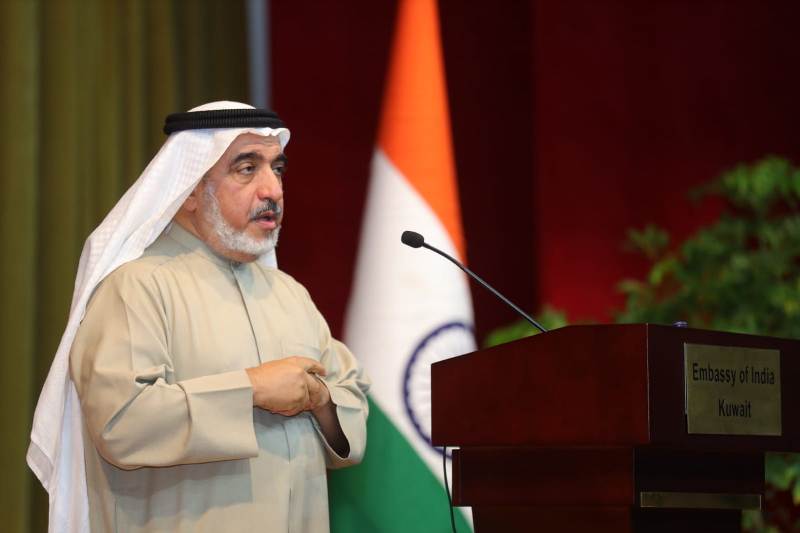 On the budget, Hon’ble Prime Minister stated and I quote “This Budget lays a strong foundation for the new decade and is an important step towards Aatmanirbhar Bharat. The Budget carries the following principles: Expansion of opportunities for growth; new opportunities for the youth; new meaning to human resource; new sectors for infrastructure development; progress towards modernisation; and new reforms. It's a pro-active Budget that provides a boost to wealth as well as wellness.” Unquote

The market consensus is that it is a visionary and growth oriented budget. Government has allocated funds to sectors with strong multiplier effect.  Proposed initiatives, like creating infrastructure for R&D and Skill enhancement in Artificial intelligence, will be a game-changer for the economy and propel India to emerge as global hub for both manufacturing and trained workforce in this decade. With the government showing the way, it is time for businesses and investors to seize the initiative and be a part of the post COVID growth story.

I will leave it to the panel of experts to delve more into details of the budget and help us understand the intricacies and nuances from the point of experts and practitioners. I am sure that we will benefit from this discussion.