Embassy of India in Kuwait, on behalf of the Indian Community in Kuwait, bids farewell to Mr. N.C. Mohandoss, Editor of Indian Frontliners (IFL) for his rendered yeoman service to the Indian community in Kuwait as a distinguished reporter, respected diaspora member and a committed social volunteer. 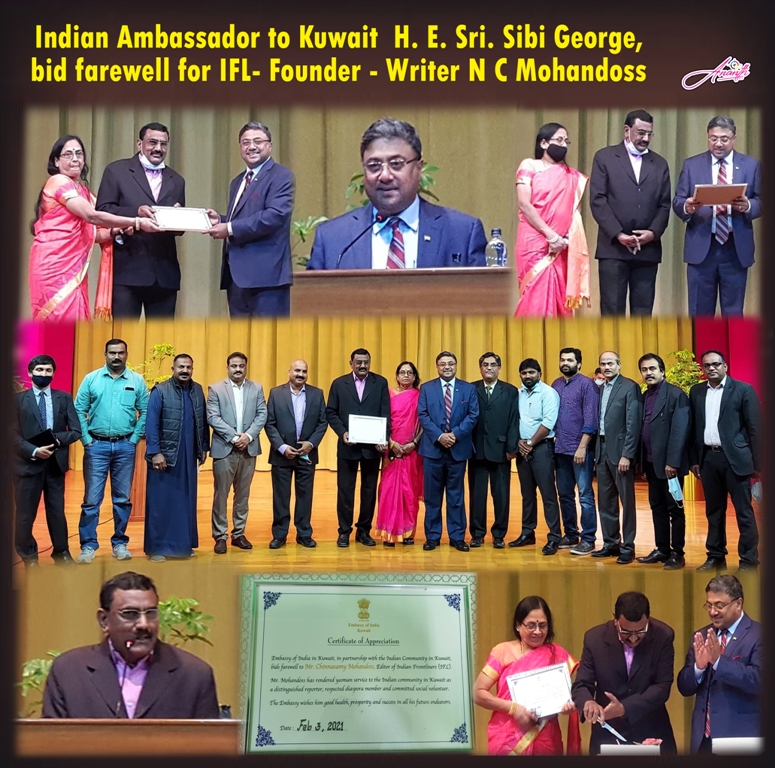 Ambassador Speech in his own words – “As You aware, People who actively involved in Community matters by Social Service, taking up issues, helping others by going through the difficult cases like death case, hospital cases or police cases or labour cases, who are the part in that do that. And all this is being been done by most of the people in addition to their job.

Because you know, people  come here for seeking a job, doing a job and then over a period of time people develop a trust in their credibility they built, which is very important. And if there is a one person who has all these combined, that was Mr. Mohandoss.

Since I have been noticing in this six months I am here, but I heard stories and remarks by the people how he has brought all these together. He is a multifaceted personality, he is journalist, he has his own blog, he is an active member of a community as a social worker and the trust he was able to build in the over the years among the community members at all levels is something unprecedented and which needs to be a appreciated and remembered and that's why I am here to felicitate him. I would like to thank him for his service to the community for several years.”

It is proud moment for all Indians as this is the first time Embassy of India in Kuwait bid farewell for an Individual Person.

N.C.Mohandoss as the Founder of INDIAN FRONTLINERS (IFL) the Service Organization registered with the Indian Embassy, Kuwait, has pioneered a number of social service activities.

N.C. Mohandoss has written 200+ novels, 600+ short stories, 23 novelettes, 3000+ articles and 4 TV dramas in Tamil.  He has written on social topics and has to his credit more than 100 books published which have appeared in all leading Tamil magazines and newspapers. His writings are dedicated for the students of Annamalai University, Tamilnadu for research to obtain PhD.

NCM attributes his inspiration to "Thuglak" Cho,"Saavi", Guru Dinamalar Mr. Ramesh and the constant support and guidance of his friend Mr. Manohar.

Born in an agricultural family, NCM hails from a remote village called Nambukuruchy in Tiruchi District, Tamil Nadu; from 1994 he is working for Kuwait National Petroleum Company.  NCM feels a sense of pride in owning that his success is due to the support, of his wife ARULMOZHI, and their daughter VINU, who correctly read his mind and reflects his ambitions and aspirations in every way.

He is proud to have felicitated by Dr. A.P.J. Kalam for his community services with a Gold Medal on 4th Oct 2013 at Paalam NGO’s Diamond jubilee function.

Indian Frontliners (IFL) Kuwait, a non-profit organization with a motto – “United to serve United we serve!”.   IFL Book an yearly publication, outlines achievements of Indians world-wide authored by writer N.C. Mohandoss  being  released at the annual yearly function by the prominent Indian VIPs  from India, have credited so far 23 parts.

IFL’s helping hands have reached out to wide spectrum of the needy person in the society. IFL working directly and through Indian Embassy and other service organizations, have provided relief and assistance in the field of Education, Health, Disaster Relief, Old-age care, Orphanage services, Animal Care & Community welfare etc..

In the past 25 years, prominent Indian leaders from various fields have graced the IFL annual events. More than 5 crores Rupees have been mobilized and donated to the needy people.

Recently in the year 2020, IFL team have helped the amnesty seeking stranded workers during Indian embassy campaign.  In addition to that IFL collaborated with our Indian Embassy, ICSG, IBPC and Mughal Mahal for the Corona pandemic help to provide provisions to the needy people. This was one of the biggest and rare occasions to help the needy jobless Indians in Kuwait. This was an all-time great help in Kuwait. 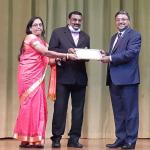 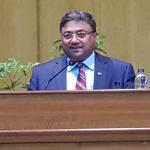 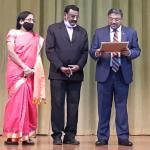 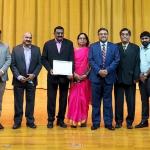 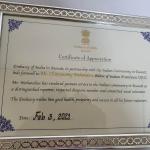 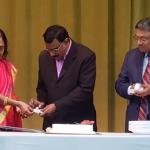 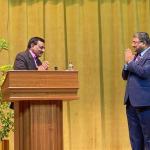 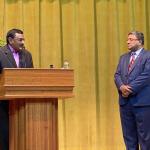 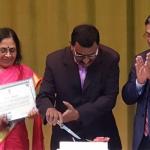 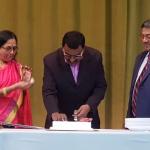 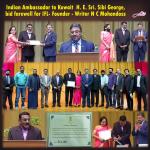 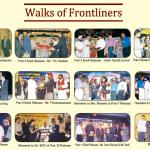 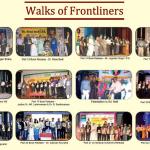