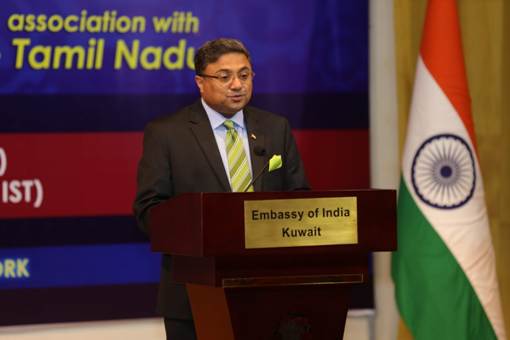 Embassy of India in Kuwait, with the Indian Business Network (IBN) organized a virtual event “Invest in Tamil Nadu – A State Facilitation Event” on 09 February 2021. This event was organized in association with Guidance Tamil Nadu, which is the nodal agency of the State government of Tamil Nadu for investment promotion and single-window facilitation.

“Invest in Tamil Nadu” event is another event by the Embassy organized as part of the States Facilitation Program by the Ministry of External Affairs, Government of India. Embassy has previously conducted trade, tourism and investment promotion events for the Indian states of Gujarat, Punjab as well as the North-Eastern states of India. The aim of this virtual conference was to bolster trade and investment linkages between Kuwait and India, especially in the state of Tamil Nadu, which is a well- diversified industrial state of India, and is one of 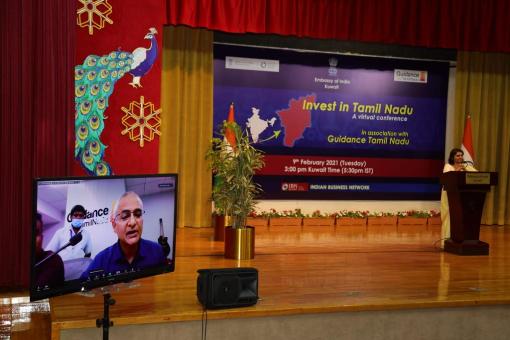 the most sought-after investment destinations due to its strategic location, conducive business environment, state-of-the-art infrastructure, proactive governance and favourable ecosystem.

Addressing the gathering, H.E. Shri Sibi George, Ambassador of India to Kuwait highlighted the historically friendly relations between Kuwait and India and spoke about the Embassy’s vision and continuous efforts to engage the business, trade and investment sectors in India and Kuwait. Dr. Neeraj Mittal, MD & CEO, Guidance Tamil Nadu, in his address emphasized the progressive policy 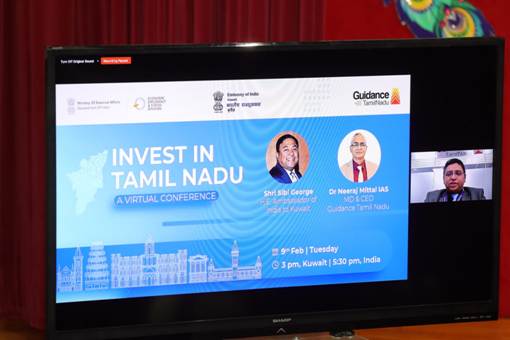 framework and incentives offered by the Government of Tamil Nadu and added that the state has been receiving a stream of foreign investments despite the pandemic. Mr. Israr Ahmed, Regional Chairman, Federation of Indian Export Organizations (Southern Region) spoke about the trade and investment opportunities available for those interested in doing business with Kuwait and Tamil Nadu.  Presenters from Kuwait included Eng. Khaled Hamdan Al Saif, Vice Chairman and CEO, NAPESCO, Kuwait, and Chairman, NAPESCO India LLP who spoke in detail about his company’s experience of opening a subsidiary base in India and the variety of opportunities offered by India for Kuwaiti businesses and investors. Mr. M.R. Raghu 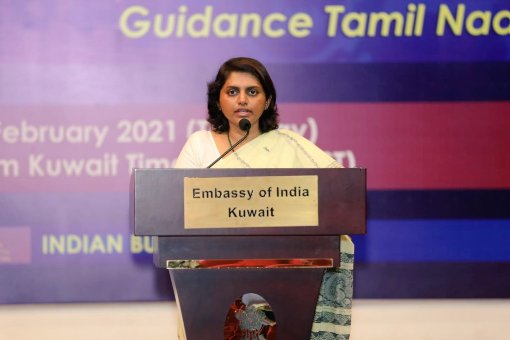 The event saw virtual participation from a large number of business and professional community members in Kuwait as well as India. 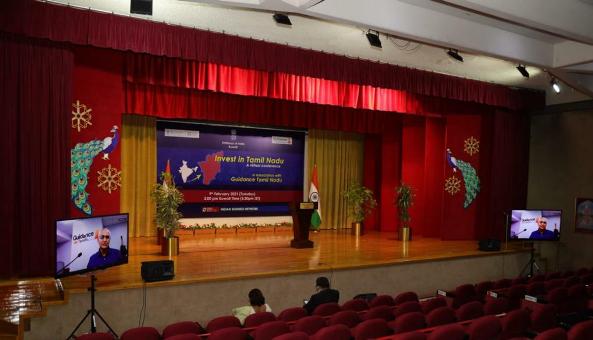