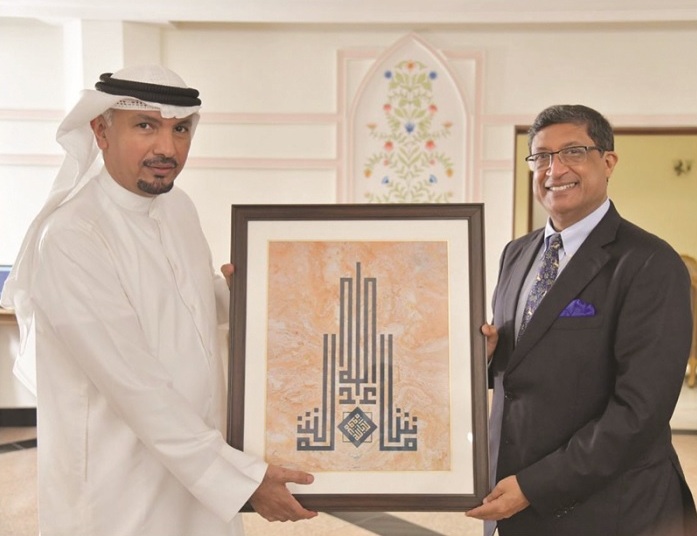 Due to the COVID-19 situation, the participation was limited to few officials from the Indian External Affairs Ministry led by Secretary Sanjay Bhattacharyya and several ambassadors from Arab Muslim and other countries in New Delhi. Kuwaiti Ambassador to India Jassem Al-Najim extended his heartfelt greetings to His Highness the Amir Sheikh Nawaf Al-Ahmad Al-Jaber Al-Sabah, His Highness the Crown Prince Sheikh Mishal Al-Ahmad Al-Jaber Al-Sabah, the Kuwaiti government and people. Najim added that the current year marks the 60th anniversary of the establishment of diplomatic relations between Kuwait and India, and that the relations between the two friendly countries are progressing at a good pace in political, economic and cultural fields.

He also recalled efforts made to eradicate the pandemic and Indian support to Kuwait by sending medical teams in order to combat the coronavirus. The Ambassador added that the embassy received several congratulatory messages from various Indian government agencies and members of the diplomatic corps in New Delhi on the occasion. President of India Ram Nath Kovind had sent a cable of congratulations to His Highness Sheikh Nawaf on the occasion of the National Day, and the Indian Minister of External Affairs S Jaishankar, also sent a similar message to Minister of Foreign Affairs Sheikh Ahmad Al-Sabah.— KUNA