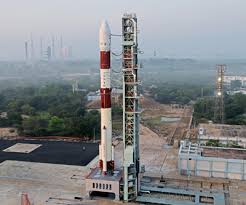 The Indian Space Research Organisation's (ISRO) PSLV-C51 blasted off the agency's launch pad at the  Satish Dhawan Space Centre, SHAR, Sriharkota, today, a little before 10.30 am, carrying 19 payloads and ringing in its schedule for 2021 in all glory.

The Polar Satellite Launch Vehicle took off exactly as planned, carrying Brazil's 637-kg Amazonia-1, an optical earth observation satellite, as its primary passenger. The 18 'co-passengers' include four of IN- SPACe and 14 of ISRO's commercial arm, NewSpace India (NSIL).

The IN-SPACe satellites include three UNITYsats from a consortium of Indian academic institutes and one Satish Dhawan unit from Space Kidz India, which will study space radiation, among other things. It also includes an engraved picture of Prime Minister Narendra Modi symbolising his Atmanirbhar initiative and Space privatisation.

An e-copy of the Bhagavad Gita, saved on an SD-card, is also part of the package, Space Kidz has said, according to a PTI report.

This is the first dedicated PSLV commercial mission for NSIL, which is undertaking it under a commercial arrangement with Seattle-based firm Spaceflight.

The mission will continue for the next 1.5 hours with PS4 to be restarted twice for the rocket to reach a lower orbit to inject the remaining 18 satellites.