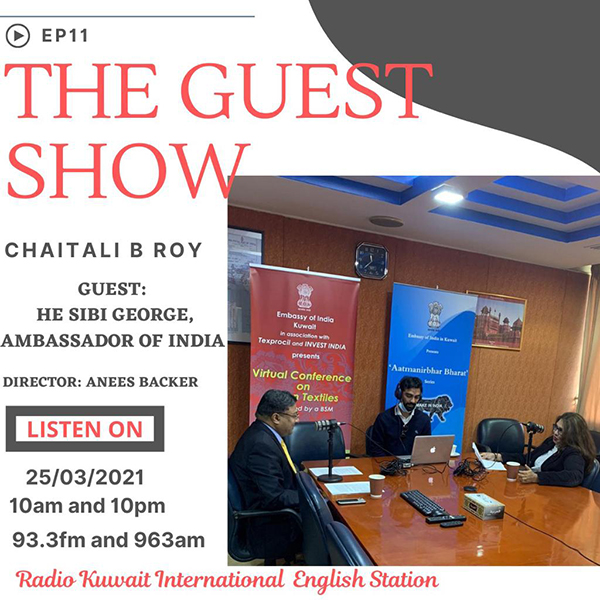 Ambassador Sibi George is a career diplomat who received the S K Singh Award for Excellence In Indian Foreign Service while serving as Deputy Chief of Mission in Riyadh.

The Middle East is close to the Ambassador’s heart. One reason for this is his several postings in the region. He began his diplomatic career in Cairo, and served in Qatar, Pakistan, Iran and Saudi Arabia.

His postings also include Washington DC. Before Kuwait, HE Sibi George was Ambassador of India to Switzerland, Liechtenstein and the Holy See.

Ambassador Sibi George is a man on a mission. He took charge at a tough time when the pandemic was raging, and thousands of Indians were leaving Kuwait.

He has been on an overdrive since with his active outreach both with the community and the locals.

On The Guest Show, he chats with Chaitali B Roy about his journey as a diplomat, the challenges of his early days in Kuwait, the reforms and initiatives he is undertaking to streamline services and the critical collaboration between Kuwait and India in their fight against Coronavirus.