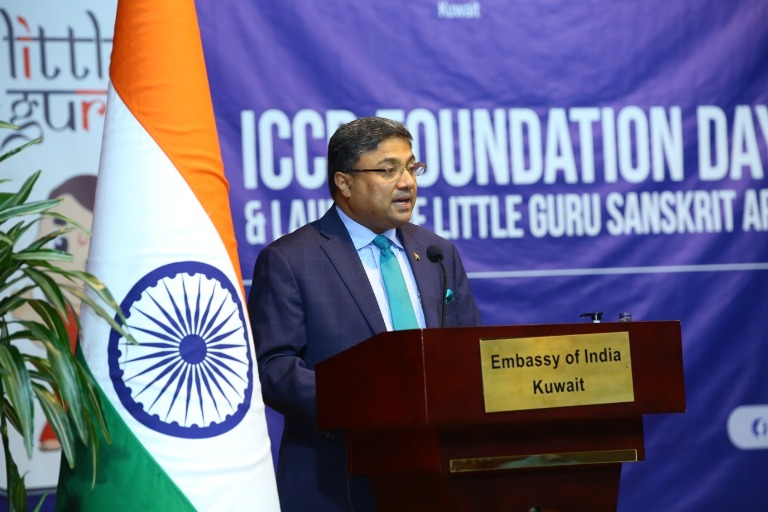 Congratulations to all on the occasion of ICCR Foundation Day, which we celebrate every year on April 9. I am happy to see so many people joining us today virtually to celebrate this important day. 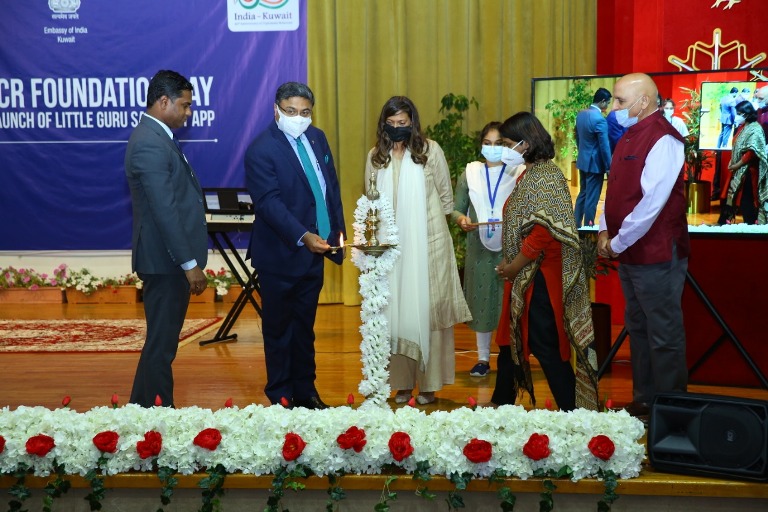 The Indian Council for Cultural Relations was founded in 1950 by Maulana Abul Kalam Azad, India’s first Education Minister. Today when we celebrate its foundation day, it is also an occasion to remember its founder. Maulana Abul Kalam Azad was one of the foremost leaders of the Indian freedom struggle. He was also a great scholar and poet. Under his tenure as Minister, a number of measures were undertaken to promote primary and secondary education, scientific education, establishment of universities and promotion of avenues of research and higher studies. He established many institutions such as the Sahitya Akademi, the Sangeet Natak Akademi, the Lalit Kala Akademi, and the Indian Council for Cultural Relations, and also provided a major stimulus for the setting up of higher institutions of Education including the prestigious Indian Institutes of Technology. For his invaluable contribution to the nation, Maulana Abul Kalam Azad was awarded India's highest civilian honor, the Bharat Ratna in 1992.

Today you visit any part of the world, you see an India connection. I attribute it to two main reasons; one the strength of our diverse culture. We are one of the oldest, largest and perhaps among the very few continuous major civilizations in the world. Our spirituality is attracting the entire world today. Yoga and Ayurveda have become the symbols of India abroad. We are a nation of unity in diversity. The diversity is our strength. Every diverse culture in India flourishes, every religion and region in India flourishes. With this Indian culture abroad also flourishes.

Second, the vibrant Indian Diaspora abroad is contributing immensely in promoting Indian culture. Today we have over 30 million Indian diaspora abroad. This diaspora has branched out all over the world today. Well assimilated, it is studded with Nobel Laureates, Booker Prize winners, Emmy Awardees, distinguished physicians, engineers, businessmen, IT experts and Artists and spiritual leaders. The diaspora wherever they are, have produced successful entrepreneurs, beloved educationists, astronauts, stars in every profession and good civic minded citizens. This diaspora is now nurturing a second and third generation including in Kuwait that will surely outshine its parents, at the same time cherishing the fine traditions and culture of India. 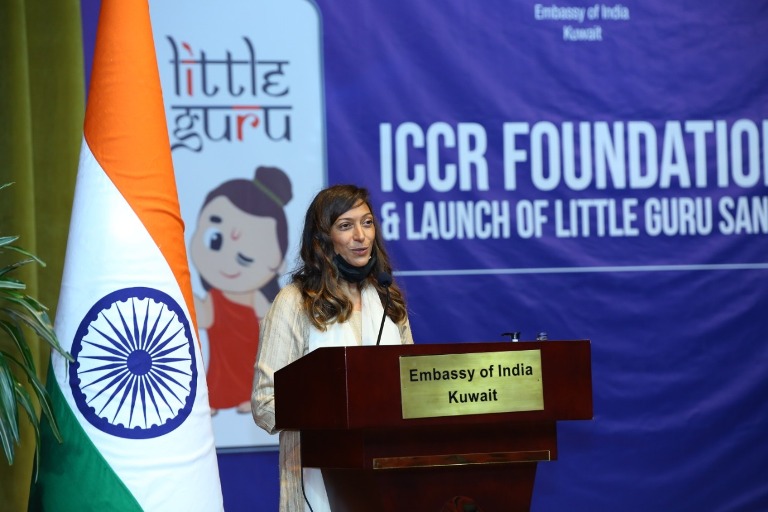 ICCR is contributing immensely in strengthening the connection between India and Kuwait. You would recall the unveiling of this portrait of Swami Vivekananda by Hon’ble President of ICCR Shri Vinay Sahashrabudde when he also delivered the first Swami Vivekananda Oration. In fact, in Kuwait, ICCR is actively present. ICCR had always supported us in organizing the International Day of Yoga. ICCR is a major partner in our efforts to celebrate the 60th anniversary of establishment of diplomatic relations between India and Kuwait and the 75th anniversary of Independence. In coming weeks and months we have planned a series of cultural activities in Kuwait in partnership with ICCR and the various Indian associations and groups in Kuwait.

Over the years ICCR has become the most prominent arm of India’s cultural engagement with the world. It act as a bridge between Indian culture and the world. It has taken so many initiatives that helps showcase India’s rich civilizational traditions and cultural diversity abroad. One such initiative is the Little Guru App, an online educator of the traditional Indian language, Sanskrit. Learning Sanskrit is for sure a path to the discovery of Indian culture and heritage. The App teaches different levels of Sanskrit starting from alphabets to speaking to reading to writing text, which means one gets to learn from Sanskrit basics to advanced Sanskrit and beyond. We have experts who will talk about the App.

Let me quote from the New Education Policy that the Government of India released last year, I quote: “Sanskrit, while also an important modern language mentioned in the Eighth Schedule of the Constitution of India, possesses a classical literature that is greater in volume than that of Latin and Greek put together, containing vast treasures of mathematics, philosophy, grammar, music, politics, medicine, architecture, metallurgy, drama, poetry, storytelling, and more (known as ‘Sanskrit Knowledge Systems’), written by people of various religions as well as non-religious people, and by people from all walks of life and a wide range of socio-economic backgrounds over thousands of years…. India also has an extremely rich literature in other classical languages, including classical Tamil, Telugu, Kannada, Malayalam, Odia. In addition to these classical languages Pali, Persian, and Prakrit; and their works of literature too must be preserved for their richness and for the pleasure and enrichment of posterity. As India becomes a fully developed country, the next generation will want to partake in and be enriched by India’s extensive and beautiful classical literature.” Unquote. 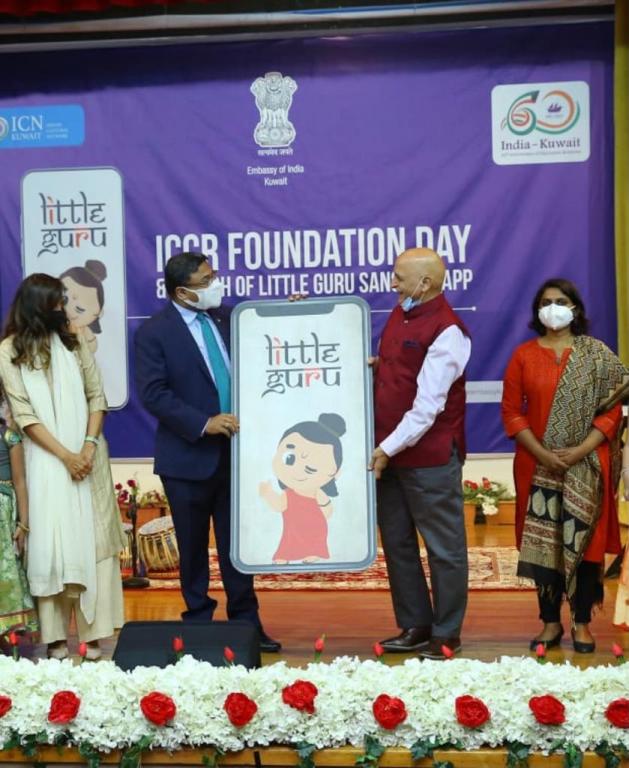 As per the Indian tradition, Sanskrit Language has no beginning and no ending. It is eternal. It is everlasting. It was first used in Vedas and thereafter it has been the means of expression in other fields. It was in Sanskrit that Valmiki wrote the Adikavya Ramayana, in seven sections and 24000 couplets full of the most compelling imagery, idioms and metaphors, wisdom and nobility. Maharshi Veda Vyas not only compiled the Samhitas, Brahma Sutras, and also the eighteen Puranas including the great epics Mahabhagwatam (the touch-stone of human knowledge) and the Mahabharata (known as the encyclopedia of knowledge), all in Sanskrit.

Kalidasa, who authored forty one books including Meghaduta, Kumarasambhavam, Raghuvamsham and the world famous Abhijnanashakuntalam has been unanimously acclaimed as the greatest Sanskrit poet. The list is long with Panini and Patanjali, Kalhana and Sri Adi Shankaracharya. In fact, the contributions to the richness of the Sanskrit literature did not come from just any one region or any particular State of India, it came from different parts of India. Kalhana composed the best historical literary masterpiece Kavya Rajatarangini which portrays the history of Kashmir covering from 1300 BCE to 1150 CE. Sri Adi Shankaracharya was born in Kerala. There were many more learned personalities who contributed to Sanskrit related work from Kerala, to mention a few Melpatur Narayanabhatta, Ramapanivada, Chattampi Swamikal, Sree Narayana Guru and Swathi Thirunal Maharaja. Mahakavi P. C. Devassia was a Sanskrit scholar and poet from Kerala, who won the Sahitya Akademi Award for Sanskrit for Kristubhagavatam, a Mahakavyam based on the life of Jesus Christ. Sanskrit belongs to all, it is an Indian tradition that makes us all proud; that is now welcomed and embraced across the world. Let’s also join hands to learn it, promote it and learn from it.

In our Embassy here, we plan to celebrate every language of India, every tradition and festival of India. We will be shortly establishing an ‘Indian Readers Network’ in Kuwait in partnership with the Thematic Library of India and other libraries and organizations to promote a habit of reading of Indian books, which we have plenty in our Library. Every day we select one book from the Library and highlight it on our social media handles. Let’s together continue to celebrate India’s rich and varied literature in Kuwait as part of our 60th anniversary of establishment of diplomatic relations and 75th anniversary of our independence.

With those words, I announce the Little Guru App launched in Kuwait.