India received two MH-60 multi-role helicopters (MRH) from the United States on Saturday, after a long wait of more than a decade. India is procuring 24 of these helicopters from the US government, which was customised with many "India-unique" equipment and weapons. 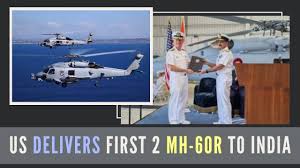 Officials said the Navy received the choppers from the U.S. Navy in a ceremony held at a naval air station in San Diego on July 16. Helicopter documents were also exchanged between officials of the United States Navy and the Indian Navy.

The MH-60R SEAHAWK helicopter is the world’s most advanced maritime helicopter. It is the most capable naval helicopter available today designed to operate from frigates, destroyers, cruisers and aircraft carriers.

India has a coast line of about 7500 km and an Exclusive Economic Zone(EEZ) of over 2 million sq kms. over 97 % of our national trade is carried by sea routes! With each passing year, what lurks beneath – enemy submarines, torpedoes, mines – becomes harder to stop. That’s why now more than ever, Indian navy need something they can rely on to protect our shorelines.

If any country want to secure own Land, They must be Supreme at Sea. A strong navy is an important element of every Maritime Nation. 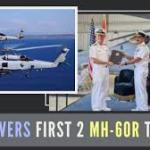 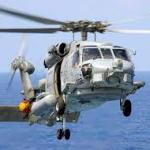 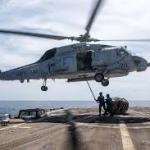 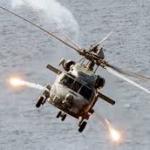 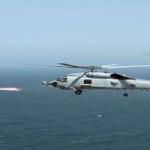