organized by the Embassy on July 29.

Ambassador delivered the inaugural address at the meeting organized by Indian Embassy on 29th July, and unveiled a Memorial Plaque, in presence of esteemed dignitaries representing various Ministries/Departments of Govt. of State of Kuwait, capturing our collective action journey. Resolve to stay united against the pandemic reaffirmed. 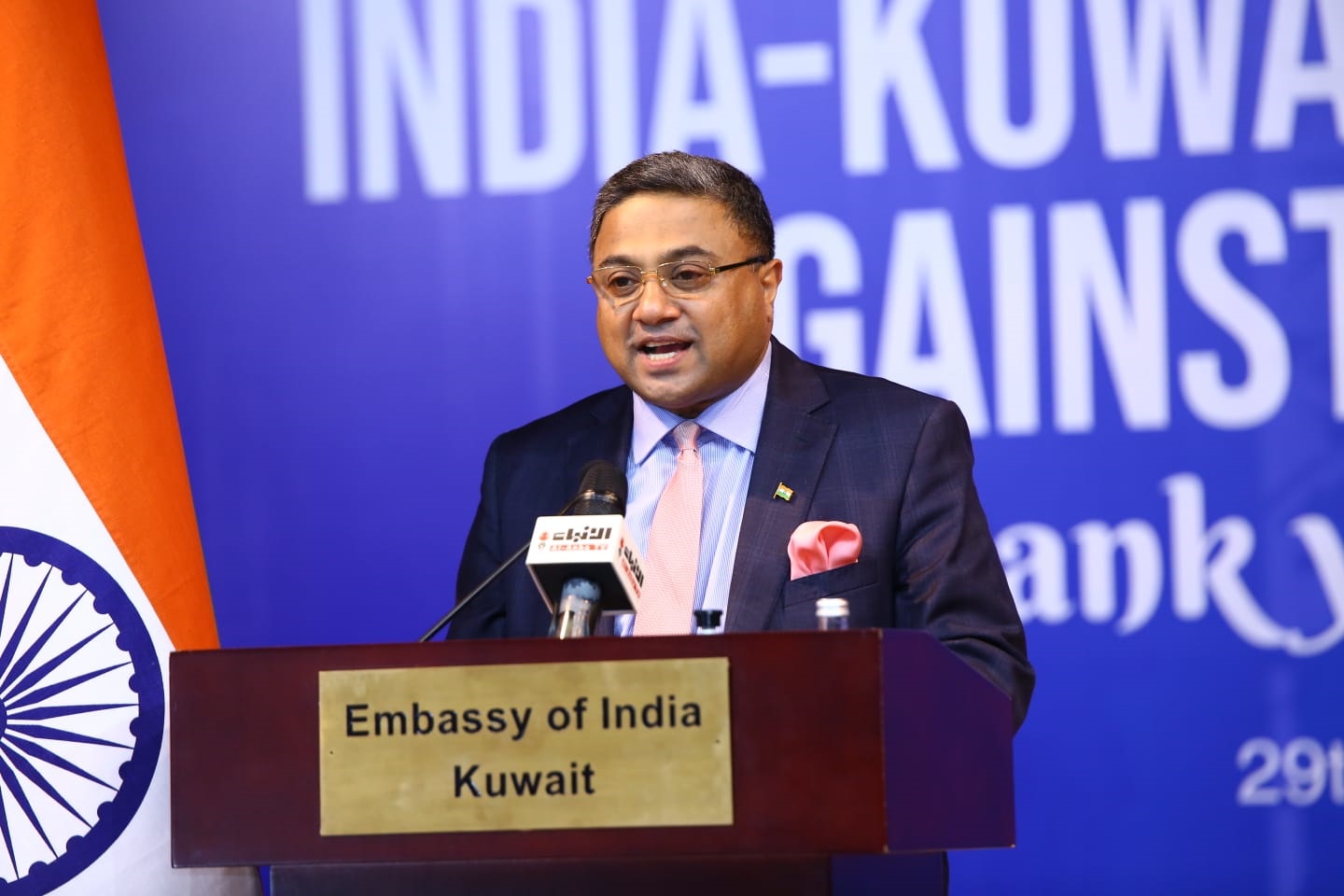 Embassy of India in Kuwait organized an event titled “India-Kuwait Joint Fight Against COVID-19” on 29 July 2021, to reaffirm the commitment from both the sides to continue to remain steadfastly united in the collective fight against the deadly pandemic. The event was also an occasion to express gratitude to all the stakeholders from both the countries, including the frontline healthcare workers, scientists, business communities, airlines staff, service providers who have kept the supply chains of essential supplies open, and all those who have made immense contributions in this long and arduous struggle against the pandemic.

Ambassador of India to Kuwait His Excellency Shri Sibi George inaugurated the event with his inaugural address. During his address, Ambassador spoke about the strong, close and historic India-Kuwait friendship, about the high level political exchanges which now define the unprecedented positive momentum in the bilateral relations, summarized the journey so far in the collective action against COVID-19, expressed his gratitude to the leadership, Government, the concerned agencies, the people of Kuwait and the Indian Community in Kuwait for the assistance offered to India during the second wave of COVID-19 pandemic. Ambassador also highlighted the ‘whole of government’ and ‘whole of society’ approach that was followed by India under the visionary leadership of Hon’ble Prime Minister Shri Narendra Modi which helped in successfully overcoming the challenges faced by India during both the waves of COVID-19. 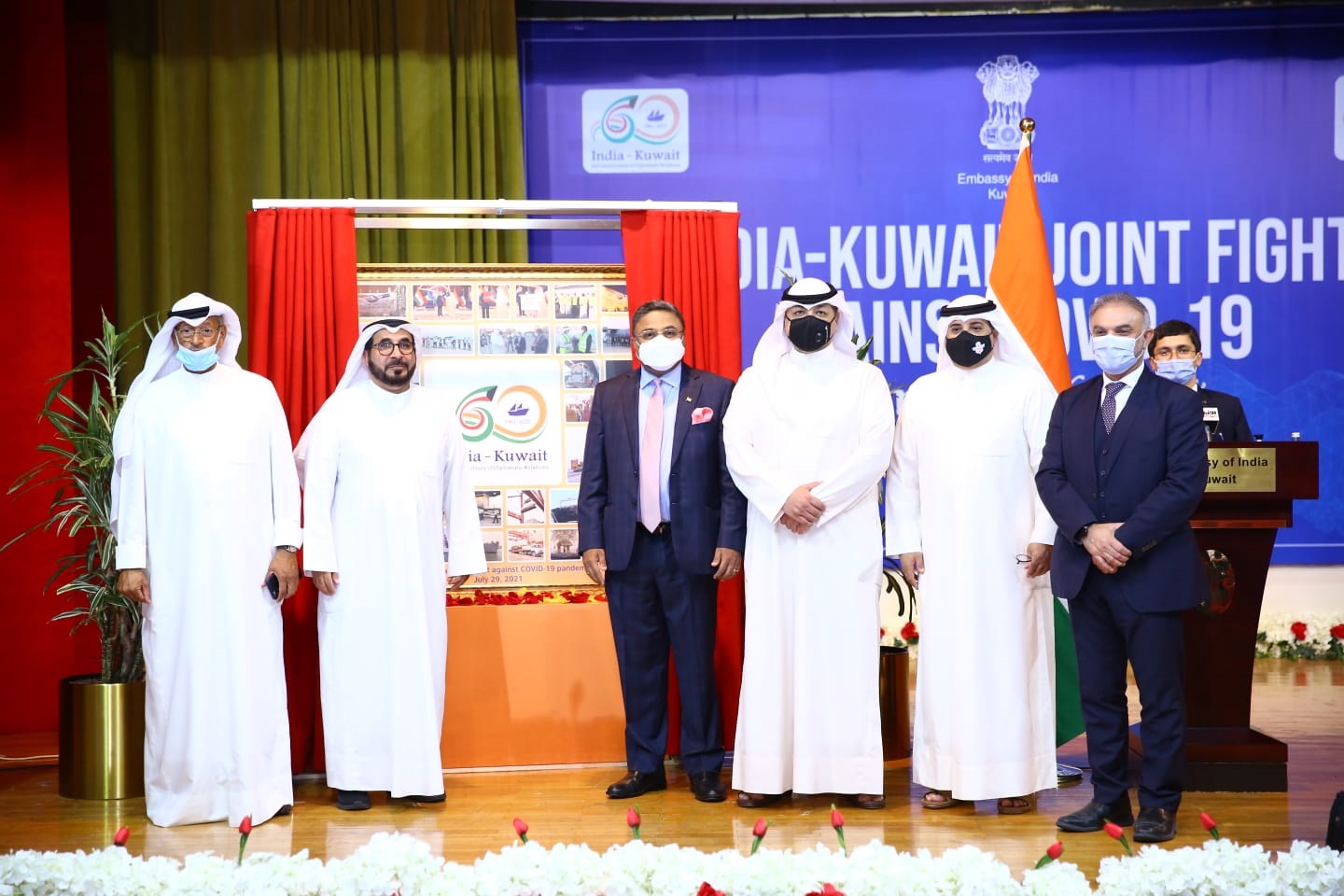 Ambassador accompanied by the esteemed dignitaries unveiled a memorial plaque to mark the occasion and the partnership, especially the recently concluded successful air sea bridge operation. An artist from the Kuwaiti Arts Association, Mr. Mahmoud Al-Qattan presented a painting capturing the historic moment when in the spirit of solidarity and friendship, Kuwait had lit up the iconic Kuwait Towers with the display of national flags of India and Kuwait.

The event was well attended by members of Indian Community and friends of India in Kuwait, including members of the Indian Community Support Group, representatives of various professional and Community associations like IITIIM, ICAI Kuwait Chapter, Indian Doctors Forum and the Indian Business and Professionals Council, representatives of various airlines, medical oxygen manufacturing companies; and members of the media fraternity in Kuwait.  For more details about the event, please visit the website and social media handles of the Embassy.