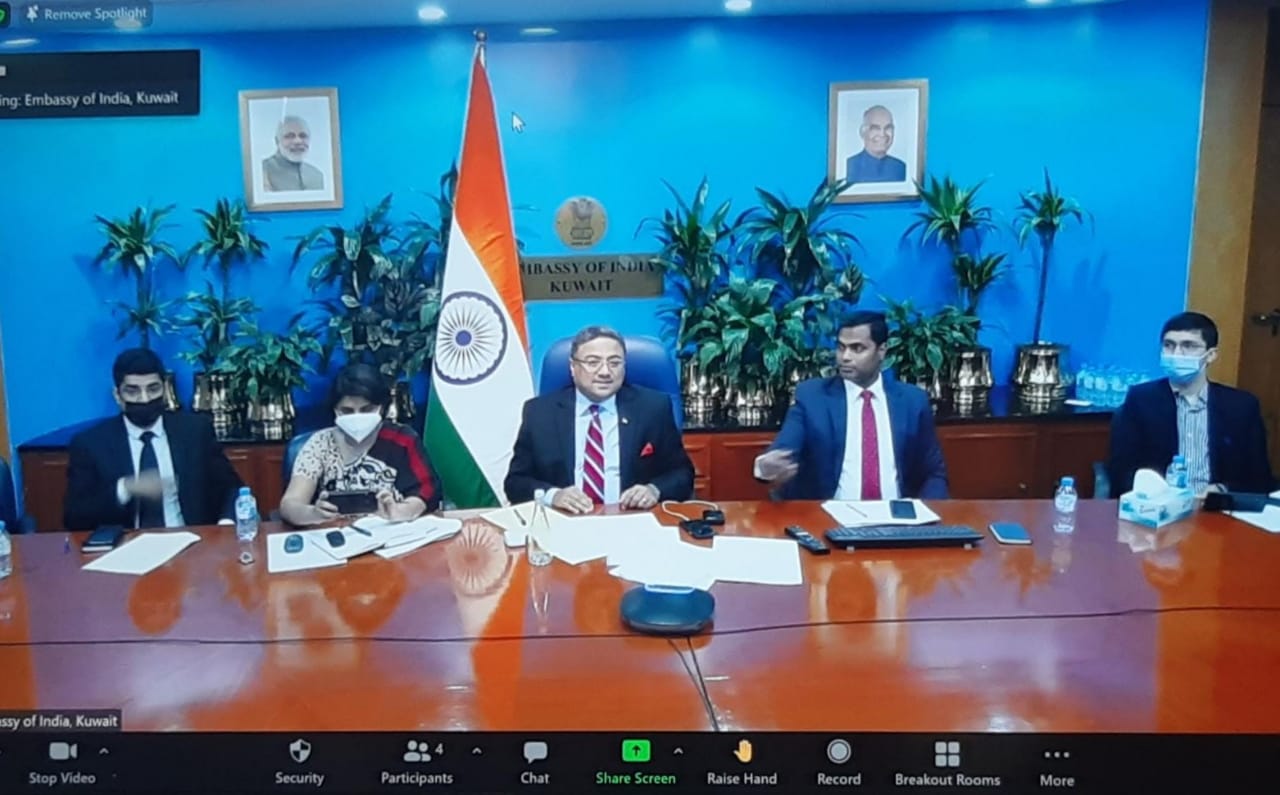 This meeting is part of the large initiative of the Ministry of External Affairs,Government of india,to promote and facilitate engagement of Embassies with States of india. 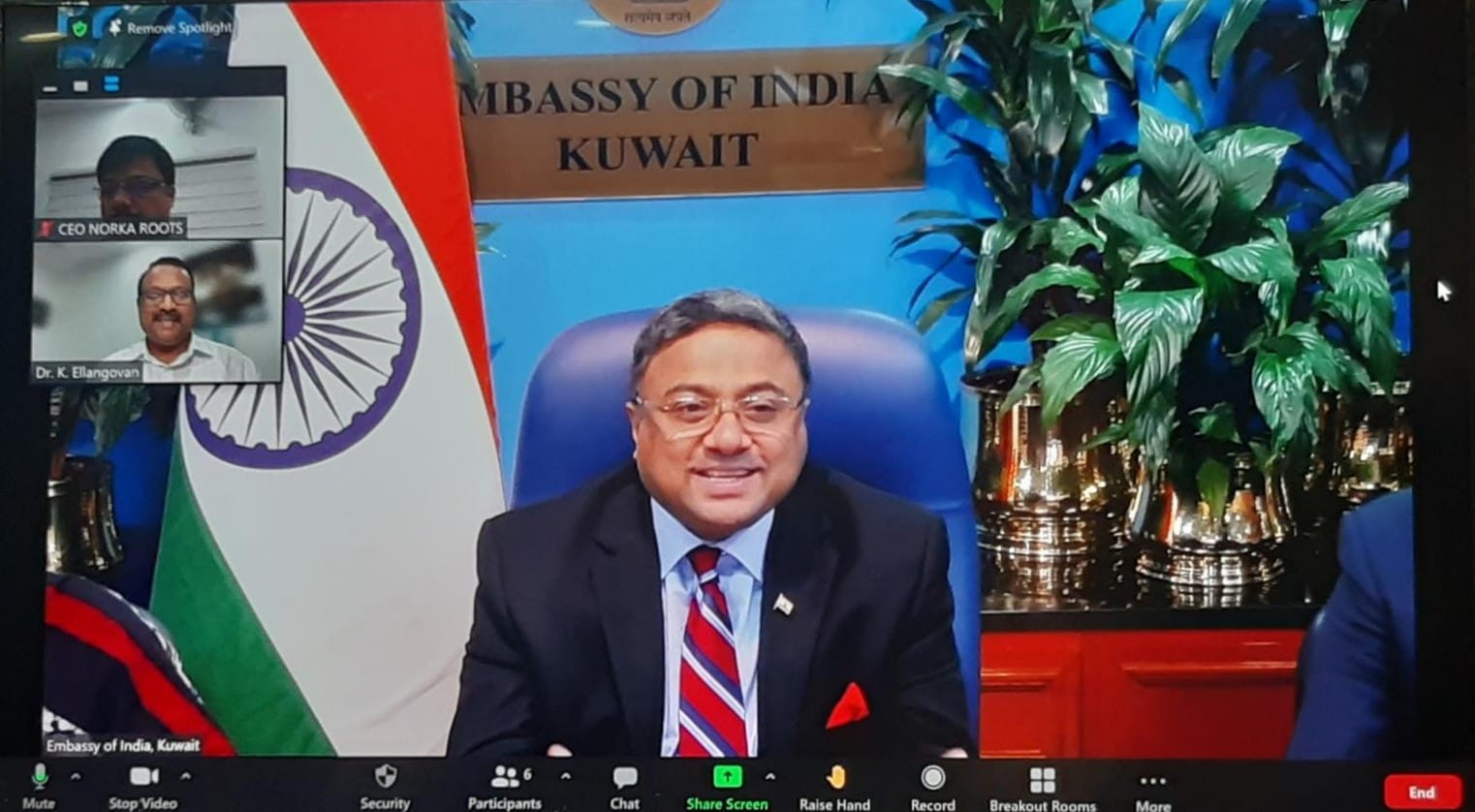 During the interaction,Ambassador briefed about  various initiatives undertaken by the Embassy for the welfare of the Indian Community in Kuwait,including the various outreach activitied like open House sessions,registration drives,consular service feedback mechanism:the recently signed Memorandum of Understanding on Cooperation in the domin of Recruitment of Domestic Service Workers;the issues faced by stranded Indian nationals in Kerala and their welfare matters: business,investment,tourism and cultural promotiom effort;and also on the potensial for enhancing bilateral collaboration.Dr.K.Ellagovan briefed about NORKA and its vision for the welfare of the non-resident Keralite Community abroad,including in the State of Kuwait. 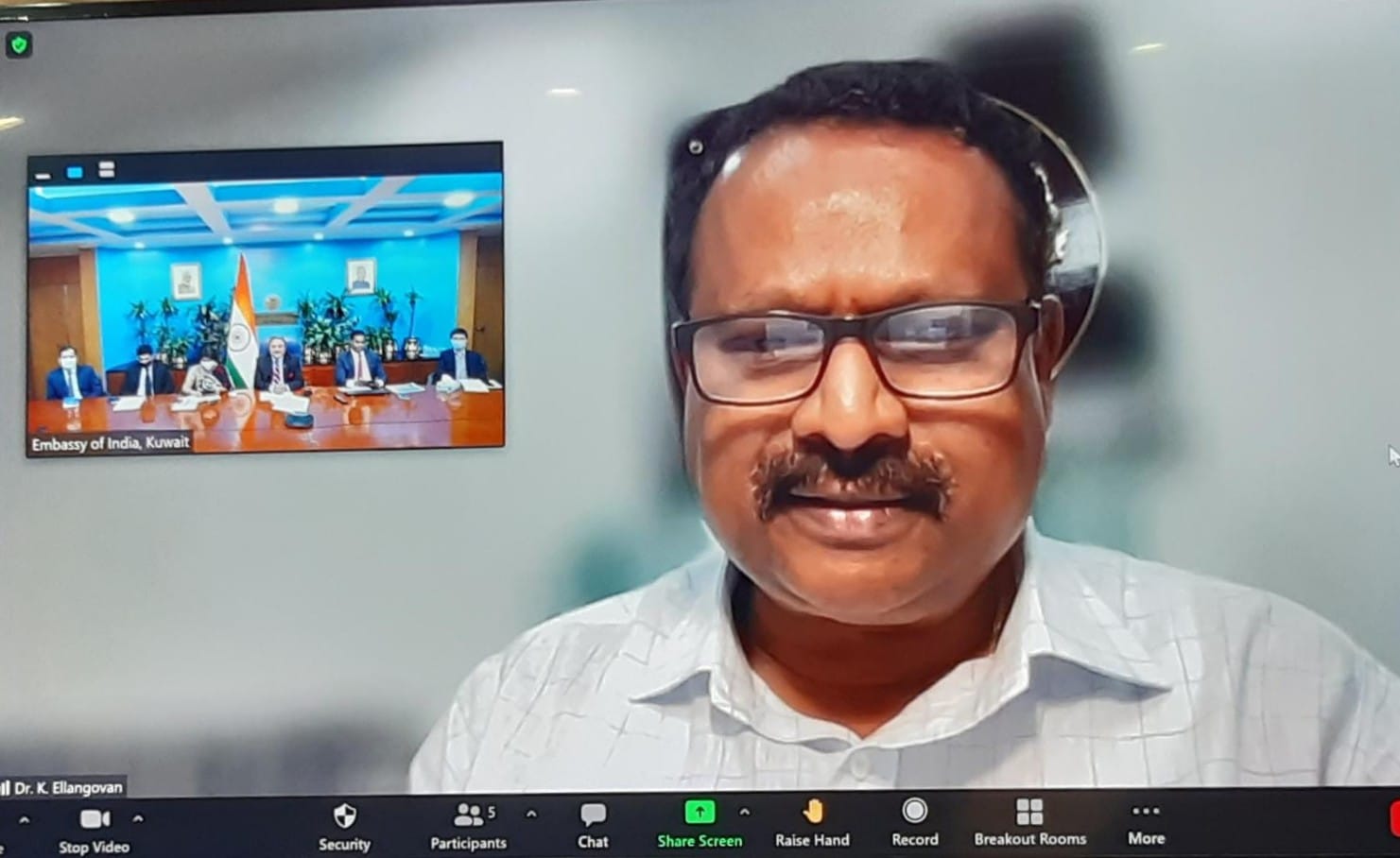 Positive discussions were held on various matters of importance to the non-resident diaspora from Kerala in Kuwait:streaming institutional cooperation to facilitates safe,orderly,legal & ethical recruitment of manpower including that of nurse;and on ways and means of further enhancing trade,commercial,investments and cultural linkages so as to increase direct exports from Kerala and facilities inward investments and inbound tourim feom Kuwait.They also discussed the issues faced by students including the possibility of holding various competitive examinations in Kuwait.