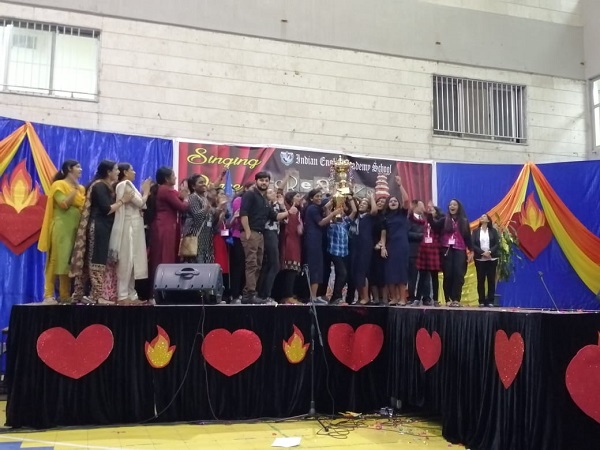 Jleeb, November 06, 2019: Indian Education School, Kuwait, has already acquired an endearing habit with an unerring instinct of being always on a winning streak when it comes to inter-school events held in Kuwait’s Indian educational landscape. Its emphatic victory holding the championship trophy aloft - for the fourth time in succession - in this year’s Xpressions -2019’, an inter-school cultural extravaganza, hosted by Indian English Academy School-Don Bosco on November 2, 2019, is just an incontrovertible proof of its established custom of notching up the chains of resounding triumphs in everything it ventures into and of its sterling quality in faithfully promising a holistic development to its student community. 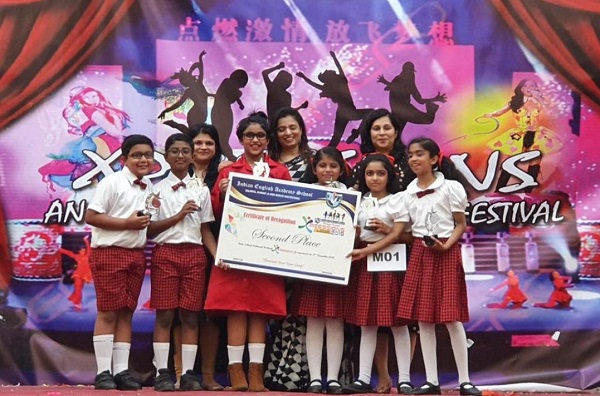 For Bhavanites, participating in ‘Xpressions is like being part of an annual gala and winning prizes in it is customary. This year too an indomitable team of 118 students, pinning its hopes on the high-spirited, supremely talented and thoroughly trained members, inexorably marched to the venue bright and early, readying to fling itself into the competitive spirit of ‘Xpressions 2019. There was an array of 32 events in which IES secured 8 first prizes, 10 second prizes and a single third prize, with 320 points. Amidst deafening applause and cheers, the proud Bhavanites lifted the overall championship trophy of ‘Xpressions 2019. The climactic scene of Bhavans catching hold of the championship trophy vanquishing the other 14 counterparts was not a new one for the usual audience of the event.

The well-deserved success sparked a wave of euphoria among the students and teachers. The jubilant teachers praised the talents of their students and the victorious students attributed the success to the guidance of their teachers. The inspiring success of Bhavanites in Xpressions-2019 is indeed the outcome of painstaking planning and unflagging hard work. 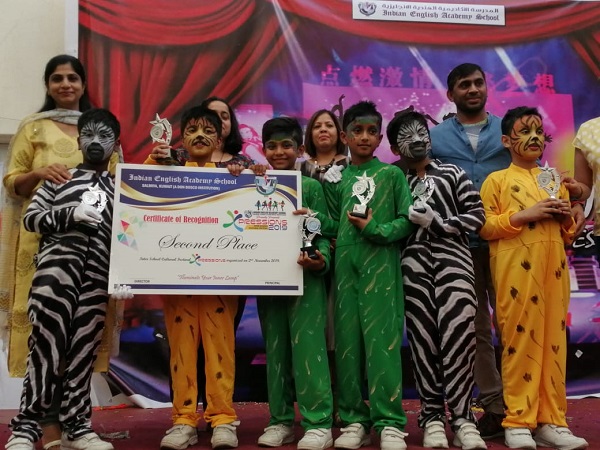 Mr. N.K Ramachandran Menon, Chairman, Bhavans Middle East, and  Mr. T. Premkumar, Principal, IES, extolled the winners for demonstrating their astounding artistic and literary acumen that grabbed the covetous championship once again. The school coordinators of the event, Ms. Sujatha Jaishankar and Ms. Ramila R.C. Miranda, (Department of Social Science), the talented faculty of Rhythmscapes, the cultural wing of Bhavans, Kuwait, and all the teachers who tirelessly strived by guiding the students under their care were also appreciated by the management. 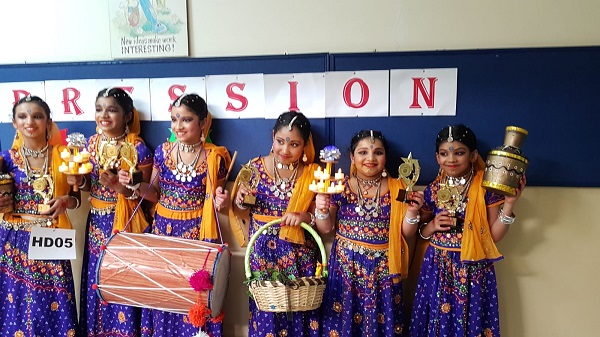 Once again it has been conclusively proven that achieving inspiring success in academics and interschool competitions is distinctly the hallmark of Bhavans and the formidable Bhavanites.