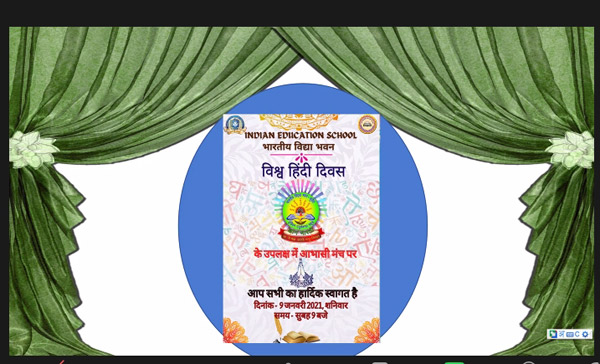 Bhavans Indian Education School, Kuwait, always looks forward to ensuring novel prospects for its aspirants. The celebration of the ‘World Hindi Diwas’ on January 09, 2021, virtually organized by the Department of Hindi, was yet another dynamic movement from the school.

The programme started at 9 a.m. with the recitation of a few soul-soothing verses from the Holy Quran, followed by the Kuwait National Anthem. The soulful singing of the prayer song was then followed by the Bhavan’s Anthem. The ceremonial lamp was virtually lit by Ms. Lalitha Premkumar, Vice Principal, Kindergarten and Primary Wing, IES. Divyashree Vijayakumar and Dyuthi Vandana Prasanth Kumar of 6E invoked the blessing of the Almighty with a graceful dance. Ms. Swarna Saini, the HoD of Hindi, warmly welcomed the august gathering. 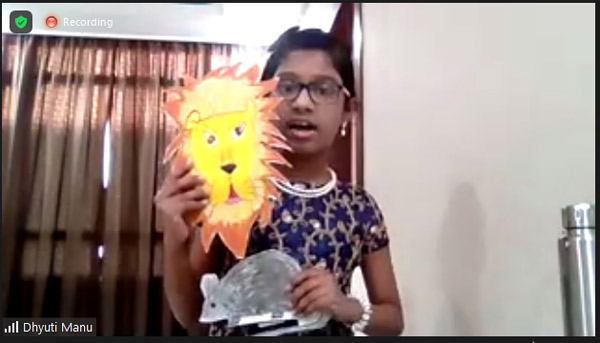 The programme rolled on with Aarnav Sagar Savant of 3B delivering a speech on the importance of Hindi language. To improve the artistic and creative skills, competitions like storytelling and advertisement enacting were conducted for the students of grades 5 to 8. Ms. Sundaribala Sundaram, a former pedagogue of IES and Ms. Armana Khan, the HoD of Hindi, Primary Wing, Smart Indian School, adjudged the competitions. 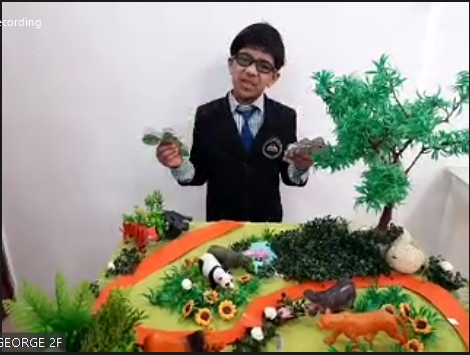 Mr. T. Premkumar, Principal, IES, appreciated and applauded the creativity and the aesthetic sense of the students. The storytelling and the recitation of the primary section were commendable and mesmerising. The cute and bubbly little buds of primary rocked and showcased their finest talents on the virtual platform much to the elation of the virtual audience.

The results of the competitions were declared by Ms. Vandana Kumari Kinger, a member of the Department of Hindi. The first, the second and the third prizes of storytelling competition were bagged by Aamina Qiyas Palekar (5F), Evanna Sarah 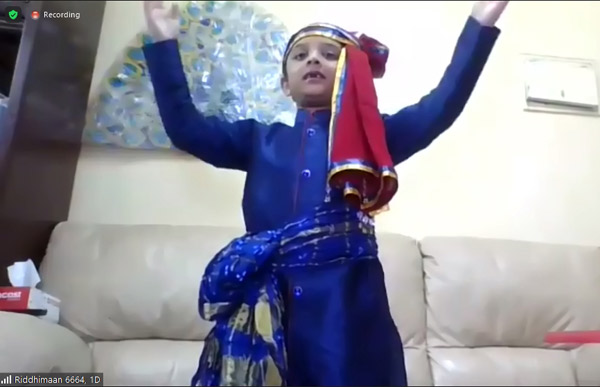 Brijesh (6E), and Raghav Yogesh Rathod (5G) respectively.  The first, the second and the third prizes of advertisement enacting competition were secured by Meera Manoj Nair (7D), Fida Ancy (8B) and Jia Rajiv Vasant (8D) respectively. Ms. Anselma Tessy Judeson, Vice Principal, Senior Wing, IES, congratulated the winners and the participants. To add mirth and merriment to the celebration, an array of entertainment programmes was staged by the students. The notable day of celebration ended with a vote of thanks proposed by Ms. Mahajabi Khan, a member of the Department of Hindi. Mr. Nithin V.M., HoD of Hindi, Middle Wing, IES, coordinated the programme and the competitions. The celebration ended with the singing of the Indian National Anthem.