“Arise, awake, stop not until your goal is achieved.” 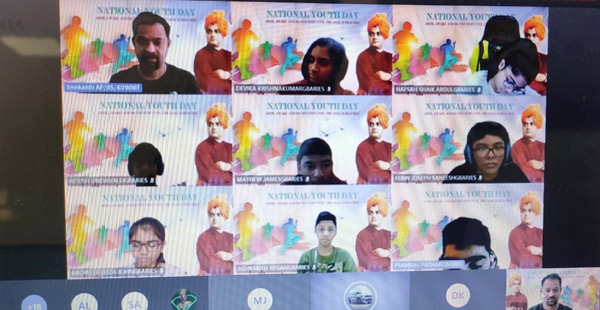 The National Youth Day 2021 themed as ‘Channelizing Youth Power for Nation Building’ was celebrated by the students of grade 6-11 at Bhavans SIS on Tuesday, 12 January 2021 during the first period. This day aims to highlight ways in which the participation of youngsters at the local, national, and global levels is playing a crucial role in enhancing national and multilateral institutions and processes. 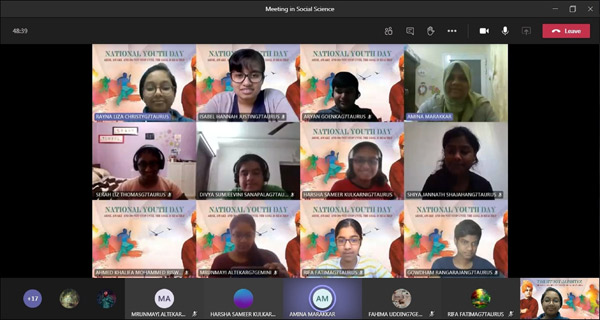 January 12 marks the birthday of Swami Vivekananda the one who rejoiced in knowledge, to honour his many contributions to the country, the government of India, in the year 1984, declared his birthday as National Youth Day. In the light of this, Department of English organized this event with the main objective of promoting rational thinking among the youth, believed to be the future of the country and to pledge to build an India where our young generation will play an influential role in shaping future of the country! 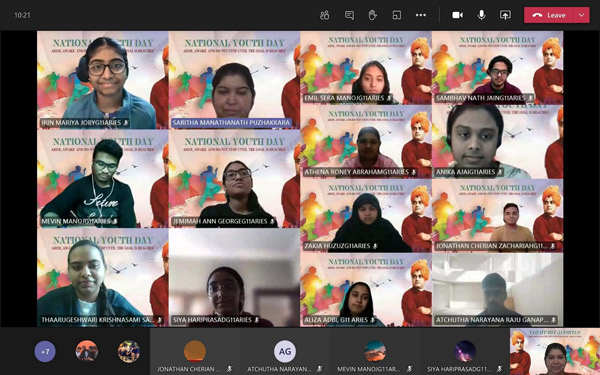 Soon after the regular morning assembly in MS Teams classrooms, class teachers of all the grades 6-11 conducted the National Youth Day 2021 during the first period. The session of 50 minutes started with introduction of the theme of National Youth Day 2021 followed by many activities: PPT on his teachings and philosophy, Video on The Life Story of Swami Vivekananda, Yuva Quiz based on both the PPT and Video. Consequently, the session made all the students aware of Swami Vivekananda’s lifestyle and his sacrifices. 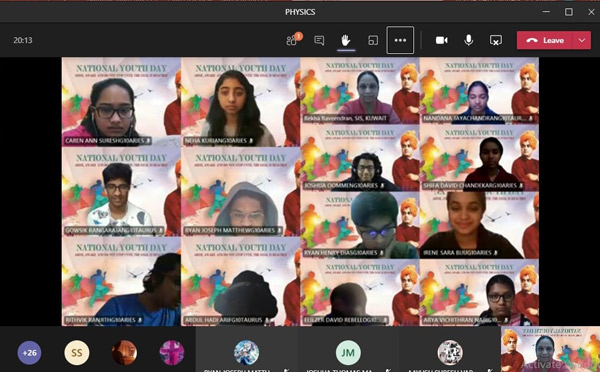 The students who scored highest points were felicitated by the class teacher immediately. Another well-disciplined beauty of this event was that all the students and teachers had kept the same event-based background image for the entire day and continued their regular classes in MS Teams.

Swami Vivekananda believed that education is the only source to build a better society and a better nation, and so is Bhavans SIS philosophy in giving real education instilling discipline and right values that play a significant role in character building.