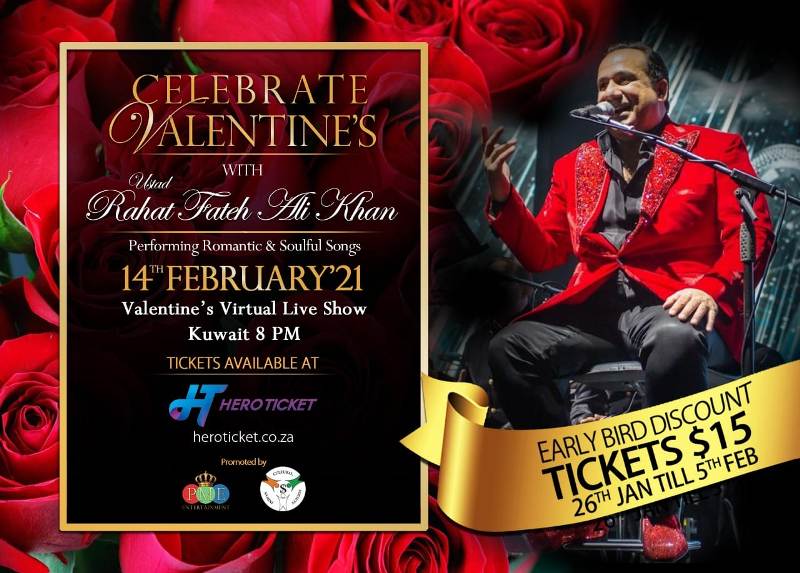 The past year has taken a toll on everyone which has also changed the entertainment industry. Experience the astounding performance by a lauded singer at the comfort of your houses. This can’t get any better and is definitely a golden opportunity. Your one click will take you in the world of Romantic & Soulful songs with Ustad Rahat Fateh Ali Khan.

PME (Portfolio Managing Events) is a live event specialist which produces, manages & executes musical concerts which has been supporting events globally since 30 years. Indian Cultural Society Kuwait has collaborated with PME for this mega venture. Ustad Rahat Fatah Ali Khan is one of the most popular Bollywood playback singers & recognized Qawwal belonging to a family with 600 years of history in classical singing, Sufi and has contributed super hit songs and music in Hollywood, Bollywood and Lollywood Industry.

RFAK has released over 50 Albums, has sung 50+ title tracks of TV serials, more than 100 film songs along with dozens of hits in last decade, his voice is a triumph card to success of Indian movies today, not only in India but Globally. Ustad Rahat contributed to the soundtrack of the 1995 Hollywood film, Dead Man Walking. In 2002, he worked on the soundtrack of The Four Feathers in collaboration with the American composer of orchestral and film music, James Horner. In 2002, Rahat performed with The Derek Trucks Band on the song Maki Madni for Tracks' album, Joyful Noise. In 2006, his vocals were featured on the soundtrack of Mel Gibson's Apocalyptic. 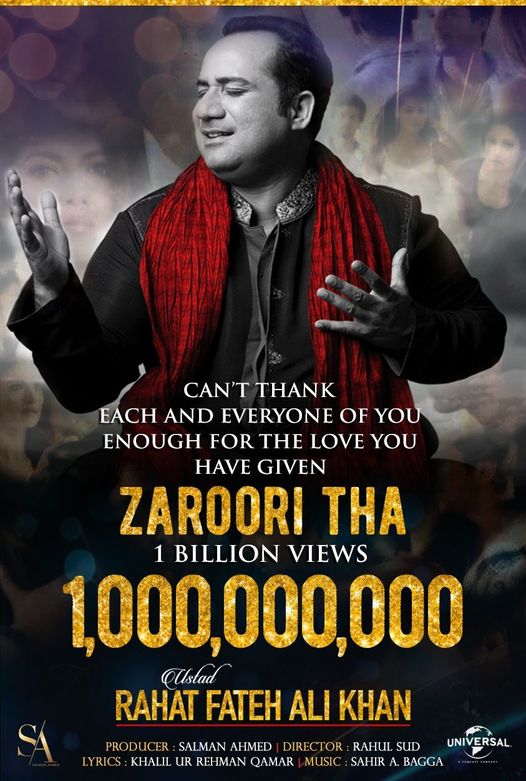 n 2014, he was the headline performer at the Noble Peace Prize Concert.

He has also performed at the UNGA in March, 2016. The very same year, he was honored with Lifetime Achievement by the Music Faculty Oxford University and has a Music Room dedicated in his name.

In 2019, he was awarded the Honorary Doctorate in Music by Oxford University. Ustad Rahat is the only Artist from South East Asia to have crossed 1 Billion views on YouTube with his track album- "Zaroori Tha". He has a global fan following and is much admired as he has performed in the biggest arenas across the globe. 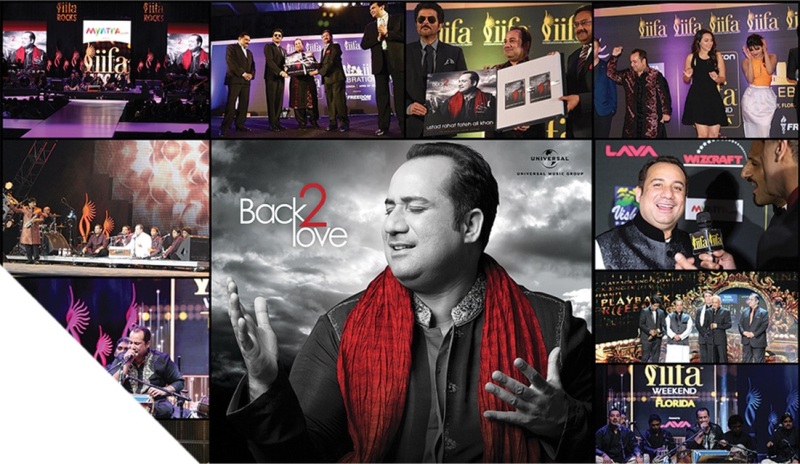 He first appeared in Coke Studio season 1, where he collaborated with singer Ali Azmat for the track "Garaj Baras" than with Abida Parveen in season 6 for "Chhaap Tilak Sab Chheeni". In season 9, he sang "Afreen Afreen" along with Momina Mustehsan which has garnered more than 300 million views on YouTube, becoming the first Pakistani song to cross that mark. He collaborated with Amjad Sabri for "Aaj Rang Hai".  He appeared in Coke Studio Pakistan (season 10) where he performed "Sayonee" with Ali Noor and a solo number called Rangreza.

Indian Cultural Society is a pioneer for quality events with legends & high ranked artists. ICS is a social, non-profit organization whose mission is to provide quality entertainment for audience of Kuwait and to give them an experience of feeling at home by means of entertainment.

So reserve your seat, & enjoy the worldwide live streaming show with RFAK.