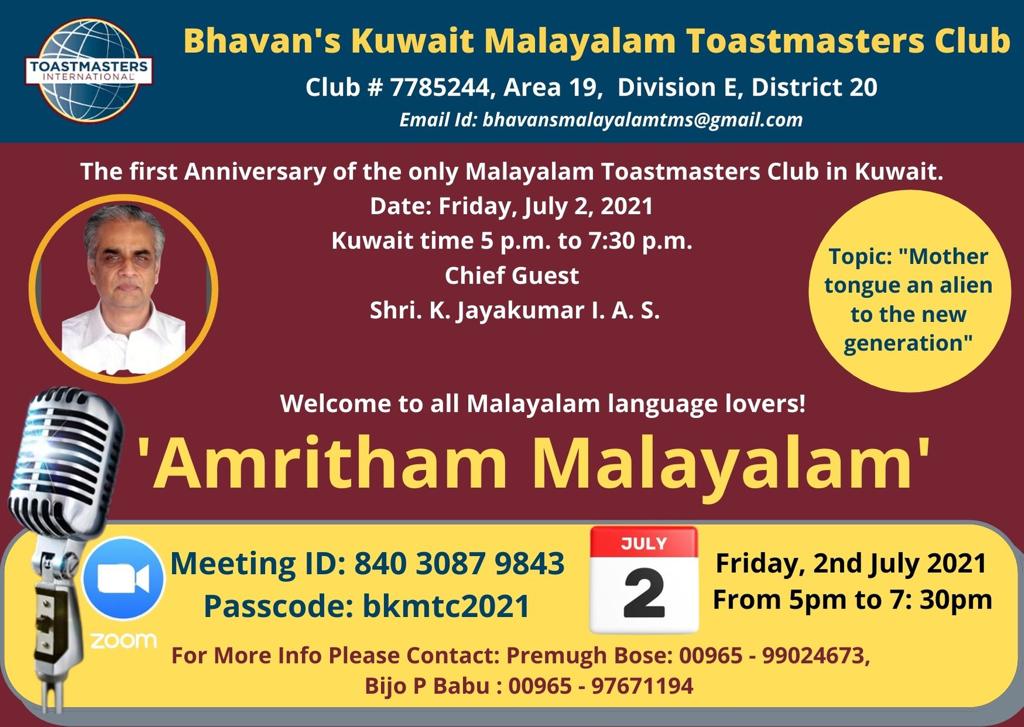 Shri. K. Jayakumar. I.A.S. will be the chief guest to the event and he will deliver the keynote address. Shri K. Jayakumar is also a poet, lyricist, screenwriter and painter. He has written lyrics for nearly 100 Malayalam films and large number of songs for albums, Television and radio. He has also written and directed a children's film. He has held 17 solo exhibitions in India and abroad. He has authored twenty-five books in Malayalam, and four works in English. His translations of Tagore, Kahlil Gibran and Rumi are well acclaimed.
Many celebrities and toastmasters around the world will attend the event. There are varieties of fun events and an impromptu speech contest will be conducted during the occasion. The Club President TM Sheeba Premugh will preside the meeting.

All Malayalee friends in Kuwait and other parts of the world are cordially invited to participate in this celebration.