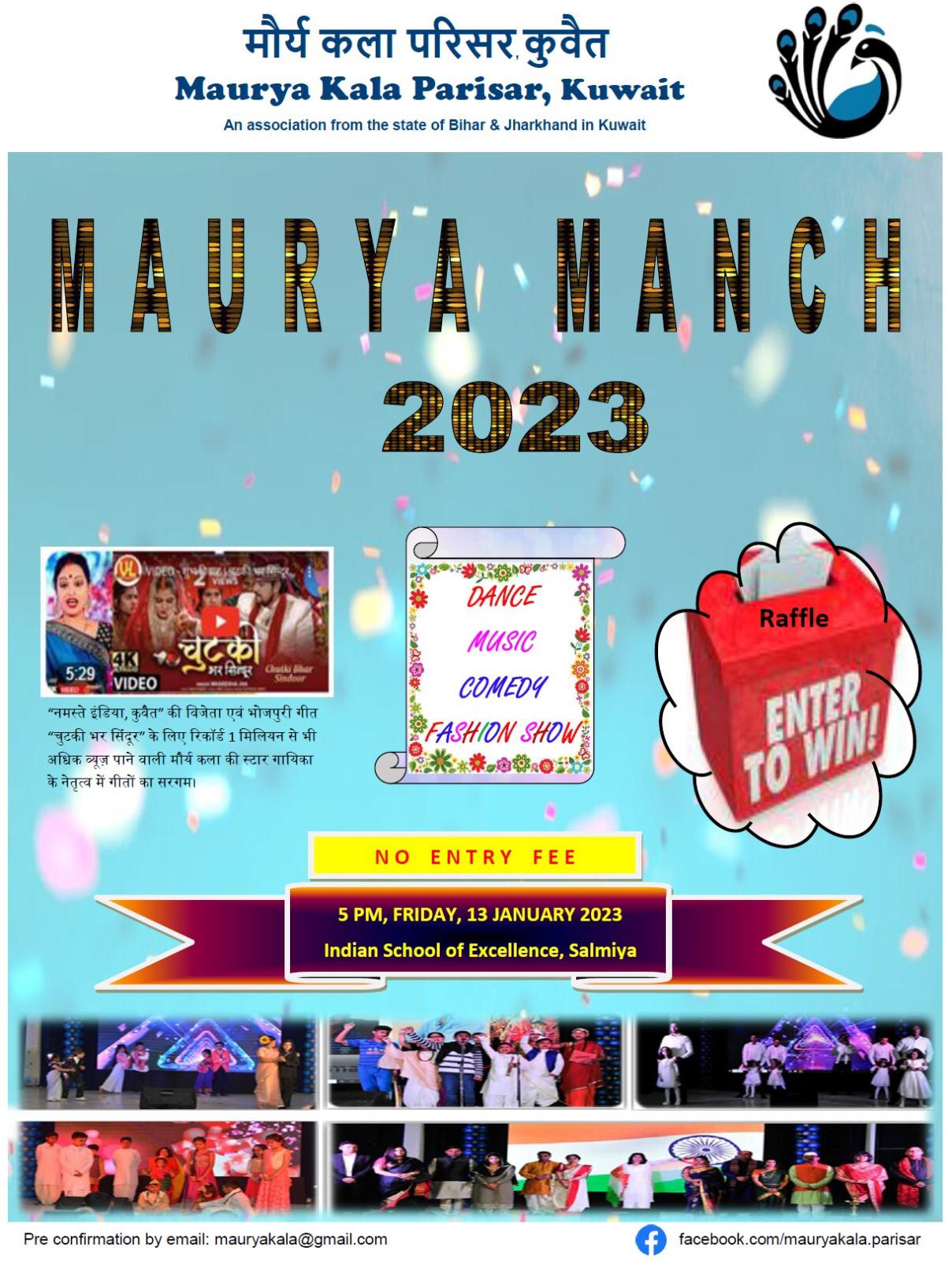 After a gap of three years, Maurya Kala Parisar, Kuwait, is presenting its annual cultural evening “Maurya Manch”  at 5 PM on  Friday, 13th January, 2023, at Indian School of Excellence Salmiya.  Depiction of culture of eastern India along with an entertaining variety show by the talented artists from among the members is the theme. The array of performances includes singing comedy dance and fashion show.

Maurya Kala Parisar has always presented very entertaining performances from its pool of inhouse artists.  Recently it has added a lot of new talents one of them is Ms Wageesha Jha a professional artist from Patna Music Scene, Winner of Namaste India in Kuwait. She has a number of Bhojpuri internet singles attracting huge views and one single attracting hundreds of thousands views, the association says in its press release.

Maurya Munch has  been attended by Ambassador and other eminent Guests like Sri Anand Kumar of Super 30 Fame, Ambassadors and Ex Health Minister Dr C P Thakur in the past.

Maurya Manch is open for attendance for Indian Community. Please pre confirm plan for attendance by sending email to mauryakala@gmail.com.   There will be walk in entry for members, their families their invited friends without pre confirmation.

Maurya Kala Parisar, registered with Embassy of India in Kuwait, is a cultural and social association of people in Kuwait connected to the Indian states of Bihar and Jharkhand. Active since 1995, it is dedicated to promotion of arts, culture and heritage of the region through events and activities of interest to Indian Community in Kuwait.