Education in India - An overview By Dr. Anis Ahmad

Education in India - An overview

India is a UNIQUE country and probably the only one with so many diversities, regional, cultural, linguistic, climatic etc. And that is the beauty of India. Keeping in mind the diversities, it is very challenging to have the same system of Education throughout the country.

What is constitutional status of Education:

An Overview of School Education: 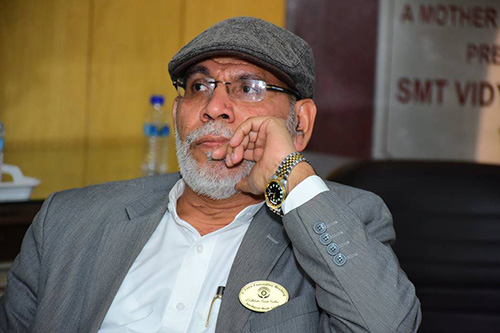 Different Boards of Examination within the country:

India is a different kind of federation and comprises of several states and union territories. Initially the education was a state subject but later on it was shifted to Concurrent list through an amendment bill which enables the central government to legislate it in the manner suited to it.

The CBSE: The Central Board of Secondary Education under the Ministry of human Resource Development, Government of India. Head office is in Delhi.

The NIOS: National Institute of Open Schooling. (Head Office is in NOIDA)

The State Open Schools: Many states have their own Open School Boards

The Types of Schools:

Private Management Schools run by Private Societies or Trusts without any funding from the government.

There are schools that have different medium of instructions like

Normal Government Schools run by states within their territories affiliated to their own Boards. Such type of Schools are in large number. And we find that these schools do not have good infrastructure and there is always gap in demand and supply of teachers for these schools. There are always vacant posts of teachers due to which children suffer a lot.

Rashtriya Indian Military College, (Residential) (RIMC) Dehradun, UttraKhand the only one school of its kind in the country managed by Ministry of Defence.

Residential Schools managed by States. There are some states which are running residential schools.

If we look at the standard of Education in India we will find extremes.

Having so much diversified system throughout the country it is very challenging to maintain the same standard. So we find big gaps like:

On one hand we have the best of schools that can match any best schools in the world.

On the other hand we have schools where there is very poor infrastructure and even there are hardly any teachers. At times there is only one teacher for 250 to 300 students

The gap between the best and the worst is very wide which government should make sincere efforts to reduce this gap.

As far as fee is concerned there is again a very big gap. Some schools (Even Day Schools) are extremely expensive and they are beyond the reach of even Middle class income Group. Though government has made a provision in certain states for reserved seats for children belonging to economically backward section of the society.

A lot of disparity between government and Private sector.

Even among private schools there is big difference of fee structure. There are no prescribed norms.

An Overview of the Higher Education

India’s higher education system is the third largest in the world. The University Grants Commission is its main governing body and also oversees accreditation for Higher learning.

The Indian Higher Education system has expanded at a very fast pace by adding more than 20,000 colleges and more than 8 million students in a decade. Today India has 907 Universities as per UGC website: 48 Central Universities, 399 State Universities, 126 Deemed to be Universities and 334 Private Universities along with many other institutions  established and functioning under the State Act, and Institutes of National Importance which include AIIMS, IIT’s and NIT’s among others.

Other Institutions include Government degree colleges and Private Degree College, including exclusive women’s colleges affiliated to these Universities.

The emphasis in the tertiary level of education lies on science and technology. Distanc learning and ope education is also a feature of the Indian Higher Educationsystem and is  looked after by Distance Education Council . Indira Gandhi National Open University is the largest Open University in the world by number of students having 3 to 4 million students across the globe.

Some Institutions of India, such as the IIT’s, NIT’s, IIs, IIM’s, NLU’s and International Institute of Information Technology(IIIT), University of Mumbai and Jawahar Lal Nehru University(JNU) have been globally acclaimed for their standard of Education.

Kerala is the only state that has  achieved a literacy rate of 93.91% and . Bihar is the least literate state in India, with a literacy of 63.82%.

The challenges have to be addressed in the formation of New Education Policy 2019 which is already under review.