Writing is therapy. A creative outlet that provides a strong sense of comfort and relaxation. 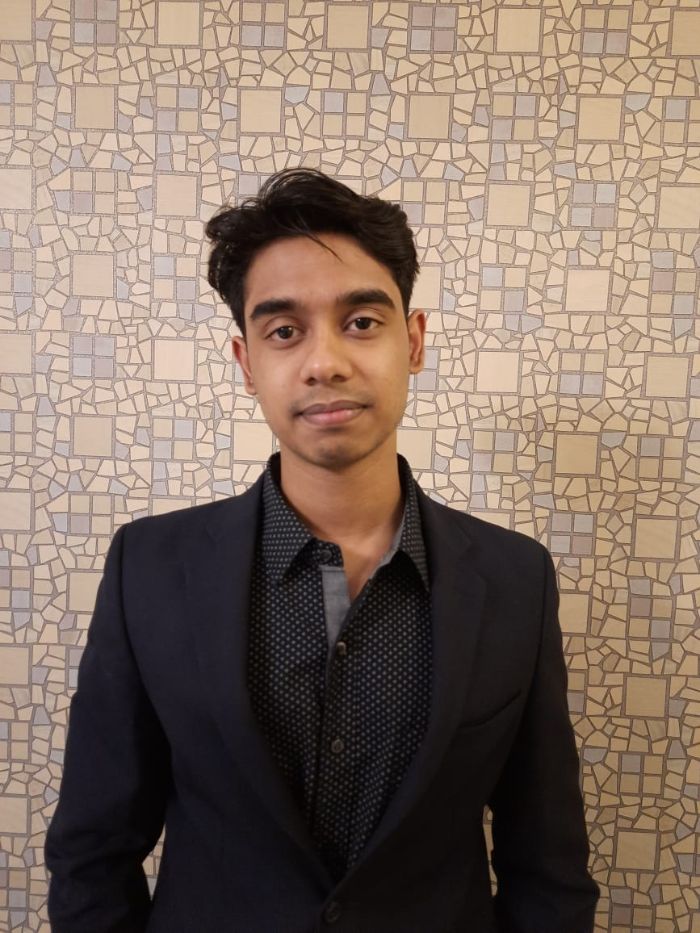 If lockdown and social isolation have proven to be quite effective in terms of physical containment, mental health appears to be undermined by the onset of feelings such as uncertainty, fear, and despair.

As an aspiring writer myself, I have personally struggled to write anything productive during lockdown. In fact, the instability of my writing habits reflects these strange and unpredictable times.

Nevertheless, I find myself on the lookout for stories of inspiration to share so that you can feel the same hope as me when I hear them.

It is my opinion that writing feeds on connection. A writer is constantly prompted and inspired by interacting with others, meeting new people, and visiting new places. While I am missing these familiar stimulants, I am truly in awe of the incredible masterpieces that were created throughout history. 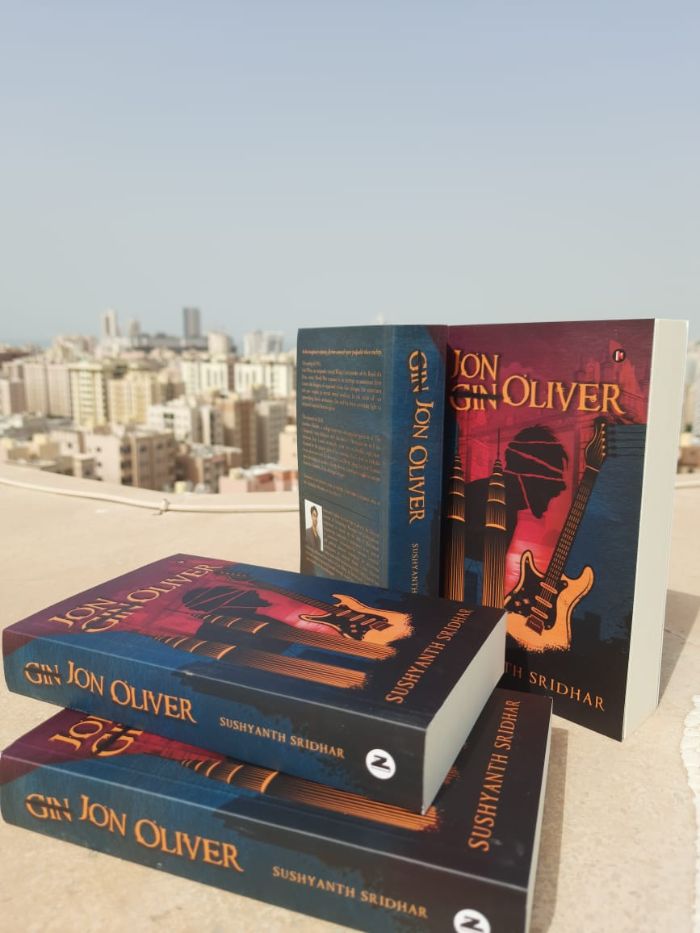 imagine what bestsellers could the talented writers mill out during the current crisis.

To my astonishment, serendipity brought Sushyanth Sridhar’s debut novel “Jon Oliver” to me.

Sushyanth Sridhar (19), a former student of FAIPS-DPS Kuwait is a first-year student at the National Institute of Technology, Warangal. To think that he published his debut novel “Jon Oliver” during the lockdown period, one can fathom his imagination, self-discipline, and focus.

Jon Oliver is a psychological/ historical thriller that courses through two different time periods (Spring of 1931 and Summer of 2018). A victim of psychosis disorder, Gin Oliver’s tryst with his alter-ego Jonathan Rhodes gradually spirals into a pandemonium of sorts.

In an exclusive interview, Sushyanth shares his writing experience. 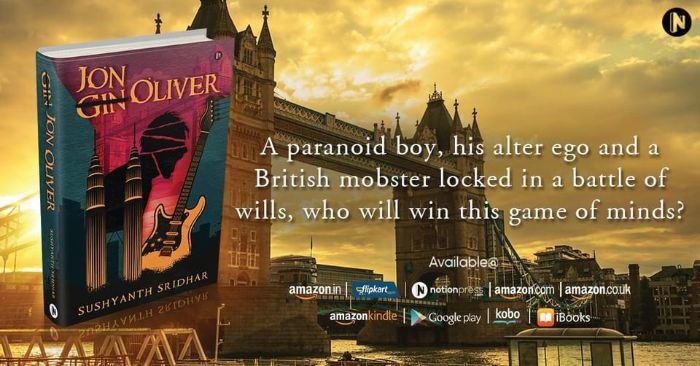 1. Why did you choose “mental illness” as the central theme? Isn’t it a cliché?

I strongly feel that mental health cannot be overemphasised. Everyone needs to talk about it and there are always people in need of help around us. As a kid, I was interested in chess and was fascinated by Bobby Fischer, the American chess grandmaster. He suffered a paranoid psychosis after which his career was doomed. That drew me towards the issue, and I have come to realise the importance of mental health.

2. When did you first realise your passion for writing?

My endeavour of writing transformed from something that was initially meant to keep my creative ions flowing into a passion only when I held the first printed copy of my 430-page debut novel, JON OLIVER! I believe, I am now addicted to the pulpy fragrance of the pages of a novel and desire the most to have my words on them.

3. What is the most surprising thing that you have learnt in creating your book?

The most surprising thing I learnt after writing my book is how easy it is to write a book, and how excruciating it truly is to proofread and rewrite it! Just like how a sword’s blade is sharpened for endless hours before it is safely sheathed before the battle cry, I spent nearly four continuous months editing the novel before the manuscript was ready to publish. 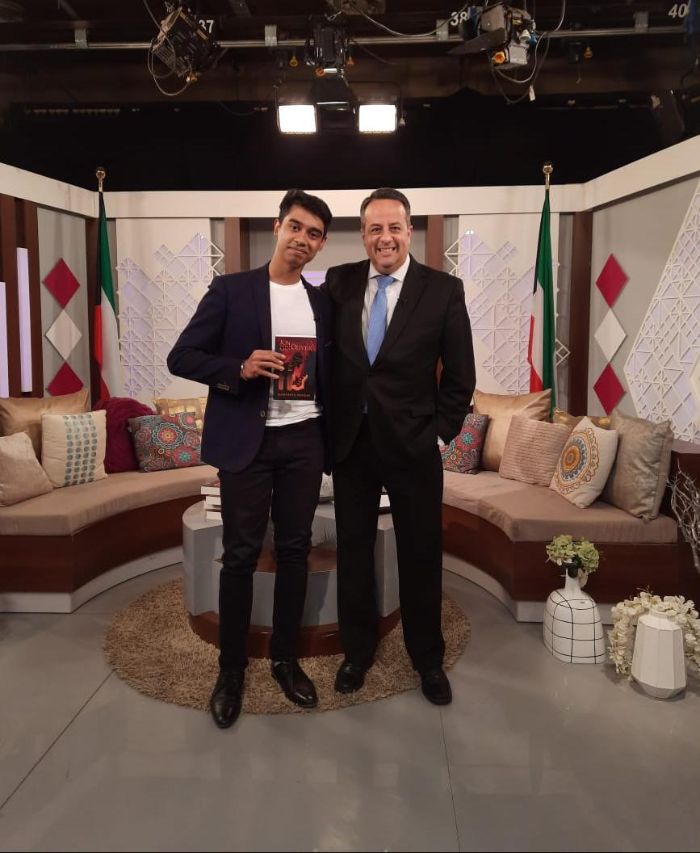 4. Tell us about your experience of the research that you had to do to write this book.

I spoke to several psychiatrists and doctors to understand the unique stimuli and traits of patients suffering from varied mental illnesses.

JON OLIVER is split into two parallel storylines. The first one is set in Malaysia in 2018. I visited Malaysia with my family in the year 2019. So, the places and the attractions described in the book were experienced and cherished by me. During my holiday in Malaysia, I documented my experience and jotted down bullets as a part of my research for JON OLIVER.

This storyline employed immense research. I read national dailies dating back to the 1930s for nearly a month. I read the ‘The Tribune’. I have always been inclined to history, so I took a lot of pleasure researching the topic. I mostly relied on research papers published by reputed Universities and read innumerable books.

I love to experience the same circumstance as my protagonists and account the experience in my book instead of completely relying on the internet’s research papers.

5. Which part of the book was the hardest to write?

The storyline set in the 1931 was the hardest to write. I strongly believe – beauty lies in the details! When a reader reads a historical fiction, he/she wishes to slip into the realm of the era they are reading. Every single detail count in the case! For instance, there is a paragraph in the book that describes the protagonist’s childhood experience of visiting the cinemas with his childhood friend in London in the year 1914. Now, what did people from the year 1914 snack on in the cinemas?! Popcorn was yet to be associated as a staple snack at the cinemas.

This minor detail took enormous research. I put in sincere efforts making sure every detail in my historical fiction was as accurate as possible.

I have experienced several dead ends on my journey towards the completion of the novel. In fact, interestingly, the prologue of the book was written after the completion of the manuscript, and I spent nearly one week writing the first line of the prologue! I spent nearly three days deciding what the last word of the novel was going to be! Dilemmas such as these kept pestering me while I wrote. I usually tackle such problems by jumping rope. It keeps my blood flowing and helps me think better.

7. Your book cover is impressive. Did u design it? Tell us something about it.

The book cover bears the name, ‘JON OLIVER’, with a strikethrough ‘GIN’. The protagonists name is Jon, but to portray the confusion and paranoia in Jon’s mind. Jon is facing a psychosis disorder and has created an alter ego, Gin.

The protagonists through the entire book fights a confusion – Who is he? Is he Jon or Gin? The book intends to project this confusion.

8. Since the first draft, how much has your book changed?

One’s writing improves the more the one reads and writes. Likewise, my writing only became finer by the day! With every chapter I authored, my writing became sharper and more concise. So, yes, the book changed drastically over the year 2020. Even the idea I wished to project through the book – the vitality of mental fitness – gained much clarity! 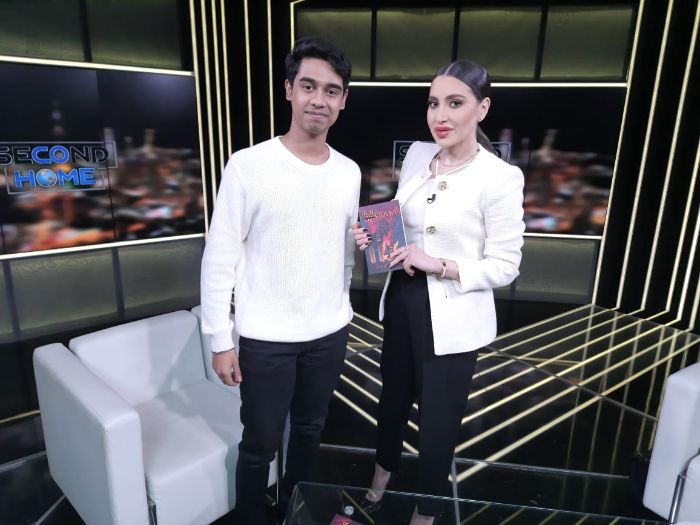 9. What is the best and worst that you have heard about your book?

Best: One reviewer could not put the book down until she finished reading the entire book! She found the momentum I set in the prologue and maintained throughout the book. She even described the change in emotions through the book to a sinusoidal wave, gradually fluctuating over a period with bipolar nature!

10. If your book was made into a movie, who would u like to play Jon Oliver?

Timothee Chalamet! I often pictured my books’ protagonist, Jonathan Rhodes, as Timothee! Even young Robert Plant would have been apt for the part, but I guess I am too late!

11. Any advice for amateur authors?

Never refrain from publishing your first book. I t may seem too much of a struggle, not worth fighting for. But once you do publish your book, and you get to call yourself a ‘published author’ you feel good. The process of writing a novel, unlike before having published a novel, will be easier.

To conclude, Jon Oliver is a great read. It reveals the intricacies of the human mind and its enormous endurance and resilience potential. Sushyanth is a promising writer and a genius storyteller. With a gripping plot and a vivid narrative style, the book engages the reader till the very end. Wishing Sushyanth a wonderful career as an author and many more accolades all his way. 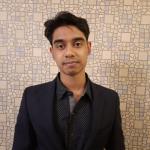 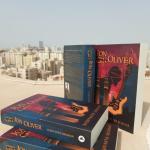 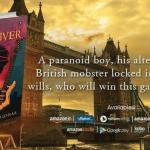 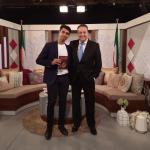 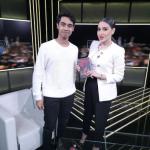