Aviation Industry in the Republic of India

History: Erstwhile maharajas, nawabs, industrialists and businesspersons were keen sports enthusiasts. Many took to aviation very early with the first official airmail flight in the world flown from Naini to Allahabad, twin cities five miles apart on either side of the river Yamuna 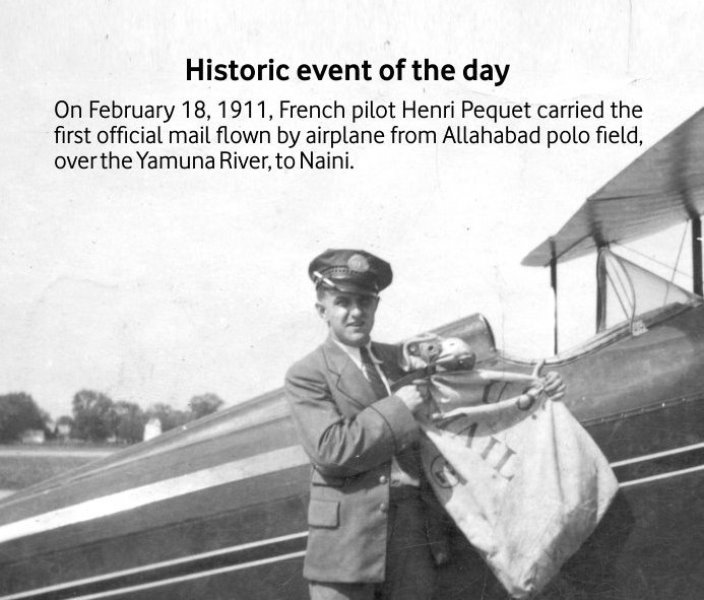 This epic flight had taken 13 minutes by a two-seater biplane by Frenchman Henry Pequet on Feb 18th, 1911, within 8 years of the historic flight of Wright brothers on Dec 17th, 1903. Henry Piquet’s flight was part of promotion of an industrial exhibition during the festivities of Maha Kumbh held every 12 years. It had generated substantial interest among the Kumbh participants who historically form the largest human gathering at one place. 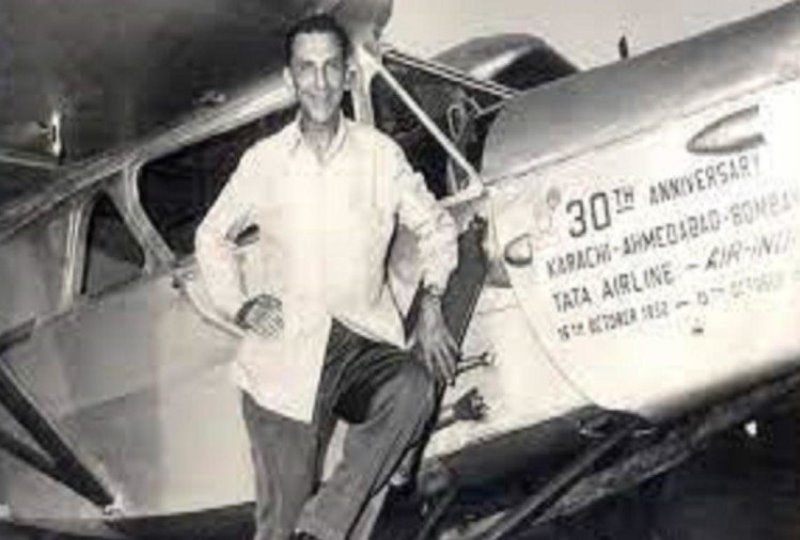 JRD Tata was the first to establish a full-fledged mail service starting on Oct 15th, 1932

Acting on the idea of Neville Vincent formerly of the Royal Air Force, JRD Tata was the first to establish a full-fledged mail service starting on Oct 15th, 1932 which carried 25kg of four anna airmail letters from Karachi to Bombay via Ahmedabad piloted by the young JRD and flew on to Bellary and Madras piloted by Capt. Neville Vincent. It was called Tata Air Services as a part of Tata Sons and in 1938 it was renamed as Tata Airlines. 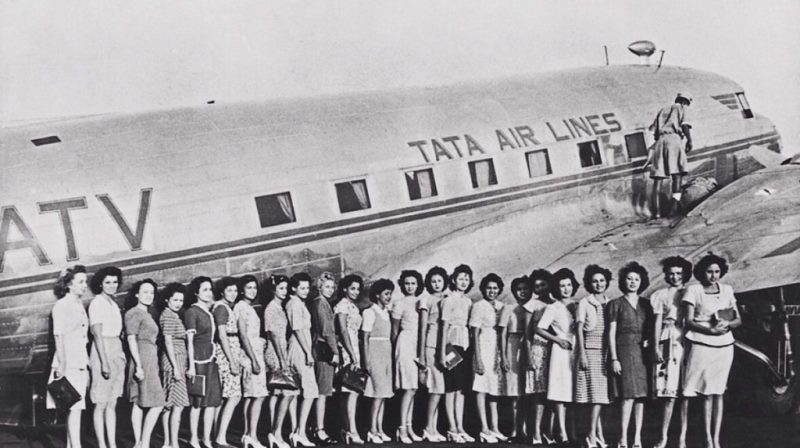 The first transatlantic flight was on June 08th, 1948 to London via Cairo and Geneva carrying 35 passengers at the princely fare of Rs.1720. A documentary highlighting this maiden flight of “Malabar Princess” carrying royalty and dignitaries are part of national archives.

The Republic of India came into being on 26th January 1950 with India getting its Constitution under which general elections up to block and village level continues to be held since 1952. Soon after in 1953 by ‘The Air Corporations Act’ enactment a wholly domestic Indian Airlines was created by merger and nationalisation of eight loss-making private carriers which required a bailout. The domestic routes of Tata Airlines were added to Indian Airlines with exclusive domain to operate within India. For international routes, under the same statute Air India International was formed by nationalisation of Tata Airlines with JRD continued as Chairman till 1978. 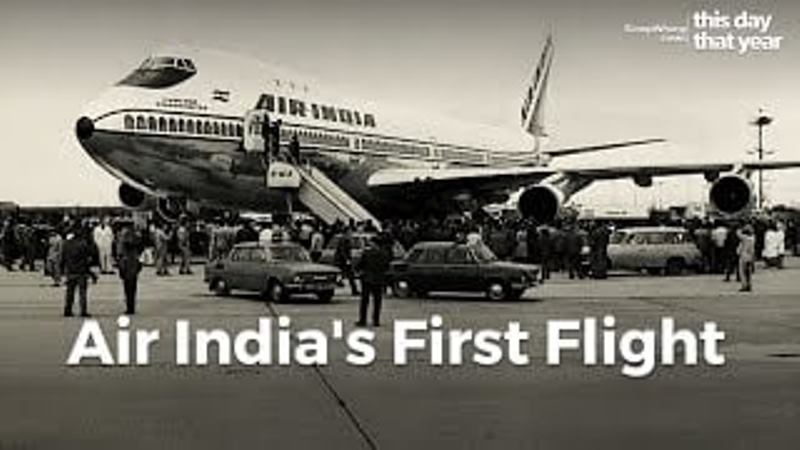 The 50s and 60s were the golden period for Indian aviation with Air India International being consistently ranked in the top 3 airline brands in the world. By 1962 it had replaced all its aircraft with Boeing 707 making it the world’s first all jet aircraft fleet. It was the first cargo operator within Asia carrying everything including circus and zoo animals that would fit in its belly. The passenger cabin interiors with very pleasing and artistic Indian mythological figurines on the wallpaper set it apart from the rest in the industry. The domestic had similarly flourished and connected remote parts of India providing much needed impetus to economic development within the country, while Air India facilitated overseas cultural, social, employment, trade, and economic development. Ask any NRI or OCI of yesteryear and they will fondly recall the excitement of their first overseas flight to foreign land on India’s flag carrier. No yesteryear movie was complete without scene of the airport and arrival and departure as the lure of foreign lands and the glamour of flying was too compelling to be missed in tinsel town. The well-groomed inflight personnel received training from the very best, including hair do tips from none other than Vidal Sassoon and food preparation form the best international chefs. 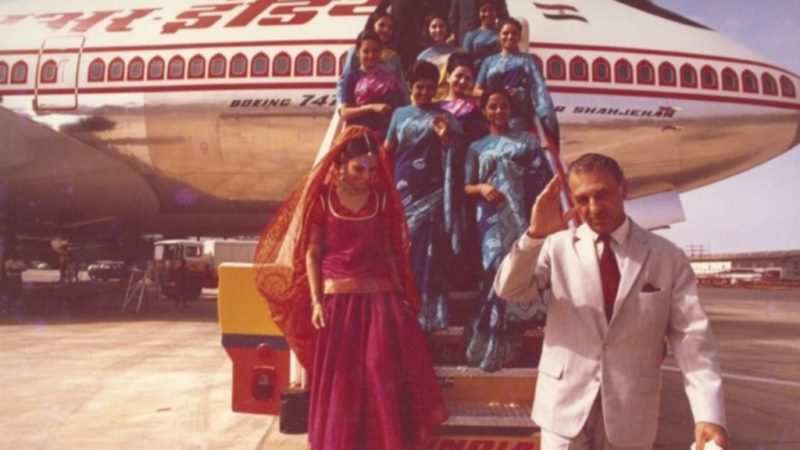 The contribution in India’s development of both the national carriers’ can be gauged by simple economic valuation model that estimates it to trillions towards the Indian economy given that aviation is interwoven with 130-150 different industries as part of its business cycle.

The US deregulated its air industry in 1978 bringing about tumultuous changes. Airlines like Braniff International Airways and Pan Am went out of business, and transformation of many others like TWA and numerous smaller ones. Compelling stories like Laker Airways which revolutionised airfares also bowed out eventually. Of all the airlines that were ever started under 5 percent continue to fly today.

Both the airlines served the nation acting as second line of defence, besides furthering social and economic development policies of the government. In India relaxation of air transport policies in nineties allowed many private players like Modiluft, NEPC, East West, Jet Airways, Air Deccan, Sahara, Damania and Kingfisher bring vibrancy and competition to the staid skies. These eventually ran aground due to unsustainable financials with Jet Airways outlasting them all till recent years. An attempt to disinvest Air India in the early nineties was stillborn due to political and bureaucratic reluctance and national pride.

International carriers had increased flights and the Gulf giants started dominating Indian skies with their capacity, frequency, and model of doing business operating through their own country capitals serving as aviation hubs and engines of growth to their own economies. Dubai which was a small desert town with an airport that opened for few hours and shut by lunch grew to an international hub given the immense foresight of the ruler who diversified his economy from oil to the vibrant economy it is today. Gulf Air formed as a collaboration of Gulf and Middle East nations was gradually eclipsed by individual state airlines following the model of Dubai. Later entrants like Qatar went on to fine tune their operations and marketing and continue to win international recognition and fame.

Smart low-cost carriers made their entrance on the world scenario operating from lower cost regional airports, using modern small to medium jets, preferably operating a uniform fleet and configuration, used direct marketing and online sales, hosted their flights on much cheaper alternative platforms than the elaborate but expensive market leaders, and doing away with traditional ticketing altogether. While the lack of tickets and limited system functionalities reduced flexibility for interline travel capability and partnerships, with travel largely between two points on their own carrier, yet the low fares caught the attention of travellers looking to save money. Ridiculously low prices were announced on midnight sales even from established full-service carriers to compete and stay in business against the aggressive gain made by low-cost carriers. The British and European markets were the first to witness many new initiatives including unbundling of travel services like baggage and meals which had to be paid separately. Airlines with a complete bouquet of services in a single price providing full service were inching downhill with advent of low-cost options.

Inorganic growth was the way forward across all industries by acquiring businesses through mergers and acquisitions. Airline industry was no exception. These trends came to India with Deccan and then Sahara getting acquired by Kingfisher and Jet Airways respectively which then launched their low-cost divisions, while Air India set up a new Air India Express of their own. The overlap of operations with parent full-service may have caused some cannibalising and the prices of low-cost carriers in monopoly or markets with lesser competition did not exactly bring revolutionary low fares. Smaller regional carriers touched distant corners of the heartland and the national, state, and economic capital cities saving substantial time where surface travel would take long through the difficult terrain as seen in the hilly regions, and were a boon for the residents and businesses.

The government keen for economic reforms had adopted a complete open sky by 2011 a full 10 years after legislating it in 2001 giving time to carriers to adjust to new realities. As arms of the government with social objectives, the national carriers had been overcome by domestic and international competition with mounting losses despite loan subsidies and equity grants. By 2006 it was decided to merge Air India with Indian Airlines to reap many advantages to build a large company as measured by fleet size, network and turnover and return to profitability. Both airlines were individually getting marginalised and could very well be obliterated or face closure due financial unsustainability. It took a decade for internal synergies to develop and take advantage of the merger by reworking its systems, processes, and network for enhanced efficiency.

Indigo and Spice Jet grew rapidly on the low-cost low-price proposition focussing on reliable schedules. They chose to saturate a city-pair with multiple frequencies growing steadily and increased market share in India. SpiceJet underwent bankruptcy proceedings and was revived with change of ownership and management leadership. Both airlines together dominated the Indian market despite presence of Go Air and Vistara and many smaller players. Indigo became the dominant player with over half the entire market till the pandemic wrecked global economies and the travel industry. Regional players like Star Air based in Bengaluru play a significant role in local connectivity while government owned Alliance Air a large regional airline whose operations are invaluable through most of India.

The new government which had taken charge in 2014 was keen to revive all public sector units and institutions. Its priorities soon changed for the national carriers burdened with sagging interest payments on aircraft purchase loans, working capital requirements, and the staggering losses since merger, despite repeated change of top management to affect a turnaround. The government in need to stem the financial drain and keen to invest funds for social projects, concentrate on economic growth and required to prop up banks which too were showing signs of loan repayment stress chose to disinvest Air India instead, retaining only Alliance Air and a few subsidiaries at present.

Covid 19 knocked the sails off all airlines and the global economy. Air India got a lease of life as repeated attempts to divest minority and then majority stake had not fructified and closure was bandied about openly in the corridors of power and in the media. The decision in early stages of the pandemic was to operate national relief and rescue missions given that Air India had carried out numerous creditably over three quarters of a century with the record breaking 111,170 airlifted from Jordan fleeing from the Iraq Kuwait conflict of 1990-91 subject of a Bollywood movie. Evacuation of Indians from pandemic hit nations started with Wuhan, followed by Italy and a host of nations continued, while the privatisation cauldron was kept bubbling. These ongoing rescue flights were labelled Vande Bharat flights setting new records for repatriation of Indian nationals from severely affected areas and those stranded due discontinued air services.

The pandemic has sunk all carriers even profitable ones like Indigo into record losses in 2021. The government finally succeeded in getting a suitor to win the Air India disinvestment tender after several twists and turns. It was celebrated by citizens touting it to be poetic that the airline was to return to the Tata fold from where it had originated. It was unclear if it was an emotional moment for the Chairman Emeritus Ratan Tata and executive leadership of N. Chandrasekaran in regaining the international flagship of India’s original multinational or was it an astute business decision, possibly both.

At independence, the government had taken 49 percent stake and then full ownership in 1953 through nationalisation. The clock has turned a full circle and much more promises are in the air. The initial baby steps since sale announcement have now accelerated to deeper involvement of Tatas. Soon we expect the complete transition of Air India, Air India Express and AISATS ground handling subsidiary share of Air India to the Tata group heralding a new chapter in Indian aviation, Omicron and Deltacron and million variants not with standing. 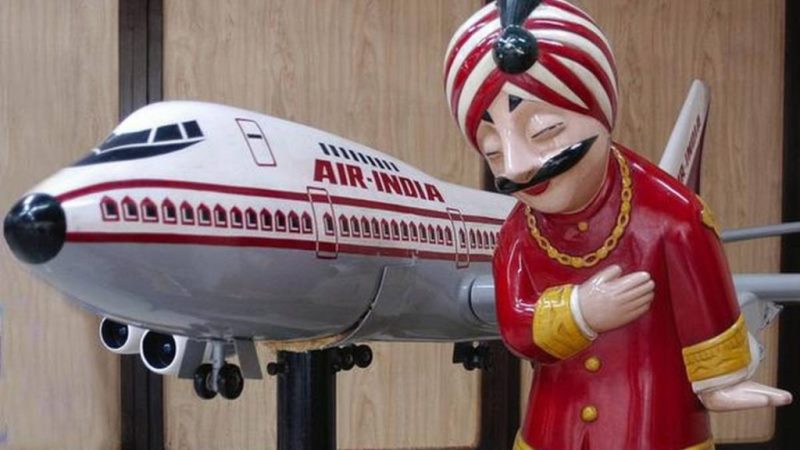