People not to lose confidence or trust in God when they face with difficulties in life. 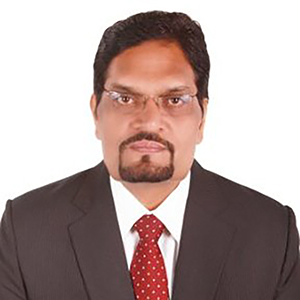 “Love and Respect for everyone” is what I learnt from my mother. “Integrity and Self-Esteem” were the qualities inherited from my father, who had a great influence in my life” says Mr. Sunil Menon, Partner, Al Qabandi United Company

Born in a small village Chittur, in Palakkad district of Kerala, Mr. Menon easily connected to village life, whereas he lived and grew up in metropolitan cities, mostly the twin cities of Hyderabad and Secunderabad. Summer holidays were the 2 months he enjoyed in Kerala along with innumerable cousins and friends in Palakkad and Kochi, where his grandparents lived.

Those days children spent long hours playing outdoors and got back home only for food and snacks. Nobody had to live in fear of the safety of their children, quite unlike these days. He fondly recollects how they made their own toys using parts from coconut trees and discarded wood and steel materials found in the surroundings, these skills came handy during later years.

Nature was the natural laboratory where children learnt so much of science moving around freely playing games in open fields, learning about animals and wildlife in their natural habitat, climbing trees, plucking and eating fruits directly from trees. They also played in the river banks racing paper boats and often took bath there itself, or in the village ponds in green surroundings. There was no television, computers, indoor entertainment or electronic toys which made innovation a must, if one had to have fun. Friends and outdoor games and activities were the only things other than studies.

He completed Bachelor of Science from Arts and Science College, Osmania University, where he was a topper. During his college days, he had set up a small unit for producing rubber spare parts for automobiles. There were only 2 employees, with limited income to cover overheads plus make some extra cash, but it was a business he could call his own.

He had secured many orders and with limited resources managed to earn enough money to pay for the overheads and also spend on friends and personal needs. Even before the graduation results were announced he had attended an interview with Pfizer, a top pharmaceutical company where he secured a job later that year after passing a series of interviews in Hyderabad and then the final interview in Bombay (currently Mumbai). A job as an officer in Pfizer those days meant a top class life style, because the salary and perks were much higher than an IAS officer or a top government official. 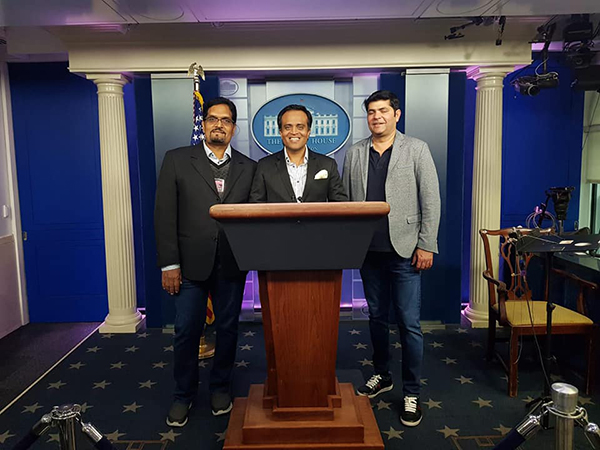 He says Pfizer, was an organization where you are treated first class and they had to deliver VIP class results. Having started the training and induction at the Pfizer India Headquarters at Express Towers in Bombay was a dream come true. Not only because Pfizer was one of the top paymasters but the prestige and respect of working in such a posh office in the commercial hub of Bombay.

The office canteen served 5 star cuisines for their officers and the office itself had a lovely view of the marine drive and sea coast as it was located on the 21st to 23rd floor of the Indian Express Towers, one of the iconic buildings of Bombay those days. They were trained by top business and industry professionals including distinguished medical professionals who were authors of reputed medical journals.

They  had daily lectures followed by exams where individual performance was evaluated. “There was no way we could afford to fail, because that would mean risking a possible future in the company. As expected, everyone who joined with me were appointed as a Professional Service Officer (PSO), each an expert in pharmaceuticals with a fantastic knowledge of human science/anatomy and various diseases and conditions, effects and side effects of various medication, which we call  ‘pharmacokinetics’.

When you are appointed in PFIZER there was a saying that it is like getting married to the company, because when we eventually marry it would be our second marriage. We had heard stories of people who were summoned to work just after 2 days of marriage, due to urgent company requirements”.

After being posted to Madras region he realized that the Tamil he spoke and understood was not the Tamil that was spoken in the city. His boss asked him to watch news in Tamil and asked what he understood and he confessed he understood nothing. It was only a matter of time before he could read and speak Tamil well.

Learning languages was never a problem because living in a metro like Hyderabad helped him learn over 7 languages. He travelled the length and breadth of India and worked in different places in South India that included Trichy, which is a famous Temple city.

Work in Pfizer meant travelling to many places and meeting people in the medical profession especially in medical colleges and heads of medical departments. Pfizer is a company where you learn and update your medical knowledge on a daily basis because it was a part of the profession.

As a science student, he was naturally interested in learning new things so work was pretty much easy. All good things need to come to an end and so was his 12 year career in Pfizer. He had an offer to join Morad Yousuf Behbehani in Kuwait after the liberation of Kuwait (after the first gulf war) and he decided to try his luck in the Gulf because he felt this was a land of opportunity.

By the time he left Pfizer to come to Kuwait in 1992, he was married and had a young daughter, so had decided that he will settle down first and they will move later on. He says the day he landed in Kuwait was a day he will never forget in his life- It was a sand storm and when I came out of the airport I could not see anything and my first thought was to get back to India and go back to Pfizer.

According to him working with Morad Yousuf Behbehani as a Business development Manager was both interesting and challenging. He had the opportunity to be a part of the rebuilding team to set up the showrooms after the liberation and also represent top electronics, watches and many other luxury brands.

He was given the opportunity to travel to different countries to meet with the principals, attend international exhibitions and expand the market for existing brands and to bring in new brands into the company fold. The chairman late Mr. Morad Yousuf Behbehani was like a father to him and they interacted a lot regarding business.

Mr. Morad Behbehani was a simple person and personally set examples required for International negotiations and about the business which he started as a school student. He often asked him to provide technical support for his personal recording room, situated in his family house in Shaab area where he had a few dozen video recorders recording news from popular local and international channels for his personal archives of hundreds of video cassettes.

His sons, the current Chairman Mr. Ali Morad Behbehani and Mr. Hussein Morad Behbehani were actively involved in running the day to day business of the company and often accompanied us on overseas business trips to visit principals and attend product launches and exhibitions. They were very friendly, knowledgeable and excellent travel companions he says with pride.

Life in Kuwait was going smoothly when in 1999, during one of his annual trips to India he was diagnosed with brain tumor, when he met an old friend Dr. Bosco. It’s a coincidence that his father-in-law had also suffered a similar brain tumor and was operated upon a few years earlier.

The doctor, Prof. Dr. S. Kalyana Raman fondly referred to as SKR, who successfully operated upon his father in law recommended that he get admitted at the Apollo hospital in Chennai for surgery/radiation. Open surgery was later called off, due to associated risk and they did an advanced radio surgery which lasted 32 sittings over a period of 45 days. 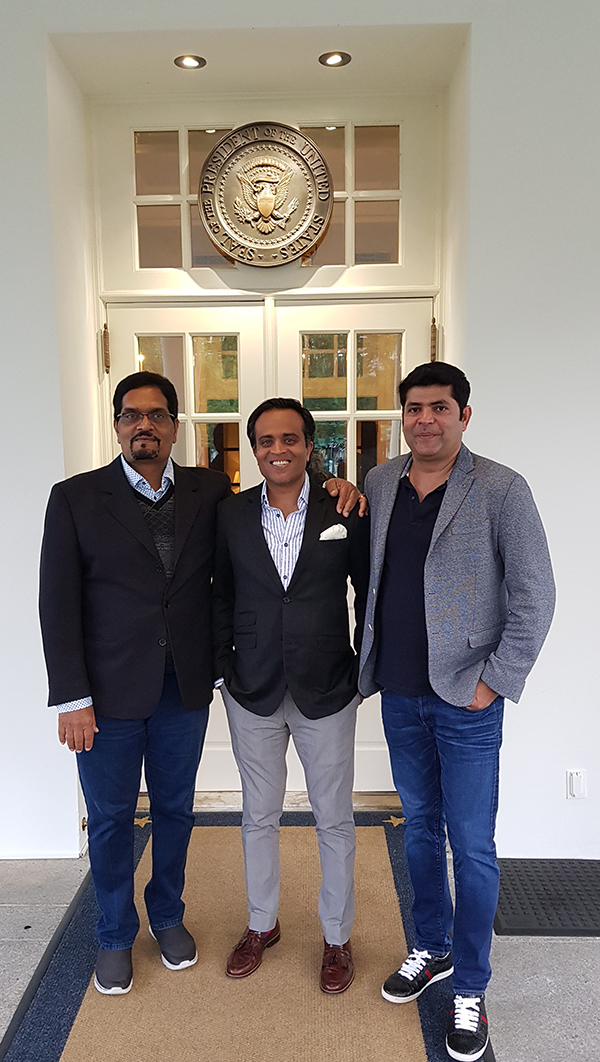 Follow up treatment to this day, ensured stable health with the blessings of God and prayers of family and friends. The best thing was he never divulged this information about his health, diagnosis and treatment to his parents, so they died peacefully years later.

The reason he has mentioned about his health here is for people not to lose confidence or trust in God when they face with difficulties in life. We have to face the ‘Karma’ and our good deed is what will count in the end since we leave all our material gains behind.

During his Behbehani days he had a chance meeting with a person by name Mr.Sirish Ram Kumar who was introduced by a common friend Mr.Sajeev who worked for a Bank.  This friendship grew and he spent long hours discussing business possibilities in Kuwait with the US Military.

He initially refused to join the business when it started 1n 1997, but a few years later joined Al Qabandi United Company, which was started by Mr. Sirish Ram Kumar and another friend Mr.Fadi Zuhair who later parted ways to pursue other business.

According to Mr. Sunil, his neurosurgeon Prof. Dr. S. Kalyana Raman (SKR) gave him a new lease of life and his friend SRK (Sirish Ram Kumar) gave him the encouragement to join in business. When Mr.Sirish offered a partnership in the Company he did not hesitate and then began a new chapter in his professional life with AQ United.

He undertook construction projects in Iraq and expanded into food and beverage business with brands from US. The atmosphere in the company was like a family, always positive, where the management and staff worked hard, without looking at the clock.

There were days when the partners slept at work site inside vehicles or spent many days non-stop, working on projects and tenders at the office, which was a converted villa during the initial years.  We received tremendous support from the suppliers and local market, since some of them were friends, also because the Company was known for its prompt payment of bills. The company with the hard work of many past and present employees and blessings of God has grown to become one of the top providers of services to the US Government and Kuwait ministries including the local market.

A good friend and a finance professional, Mr. Mathew Thomas, provided the much needed impetus to the group when the company needed to expand operations. As a part of business trips Mr. Menon visited the Pentagon, in Washington DC upon invitation and last year visited the White House with his partners when they got an invitation through a good friend there. With an experienced Management, dedicated staff and technical support teams, the company is able to provide quality services. The company is ISO 9001-2008 certified and has a network of offices in the US, Middle East, Africa and India. 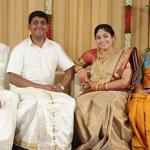 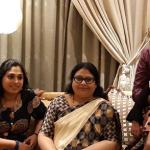 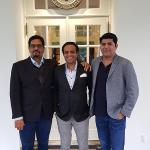 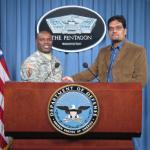 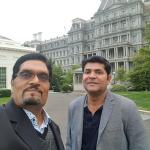 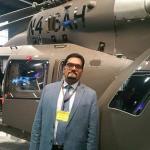 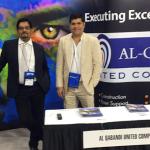 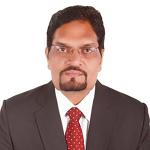