Dhruva Bharadwaj emerges as the first ever Silver Medalist from Kuwait in CBSE National Badminton Championship.

Dhruva Bharadwaj emerges as the first ever Silver Medalist from Kuwait in CBSE National Badminton Championship. 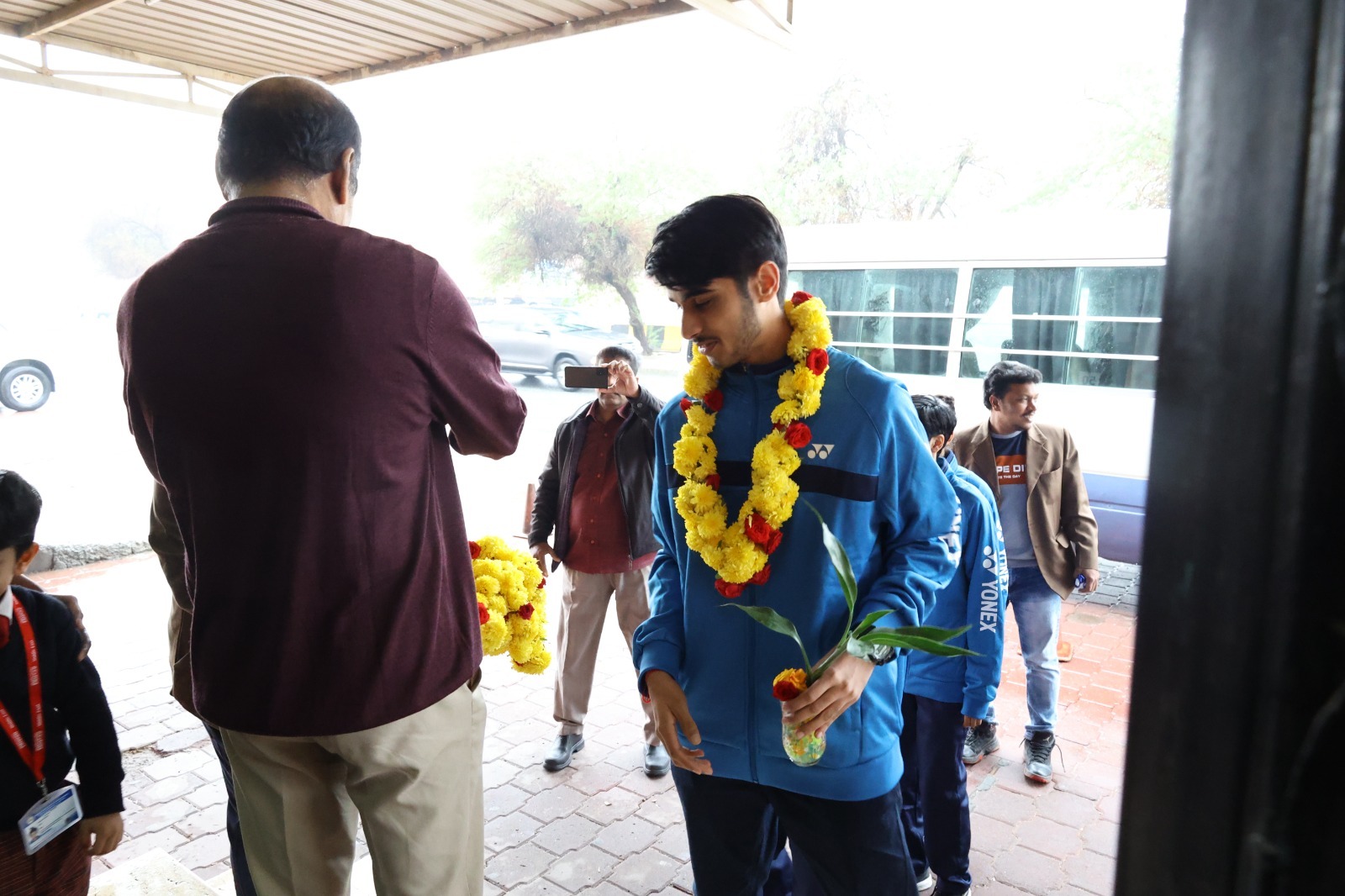 Indian Education School, Bhavans Kuwait, has always been revered and celebrated for the outstanding performance of young Bhavanites in the field of Sports. To add another golden feather to the crowning glory of IES, the ace badminton player of the school, Dhruva Bharadwaj of grade 11 emerged as the first ever ‘Silver Medalist’ from Kuwait in CBSE National Badminton Championship.

The championship was held at Jhunjhunu Academy in Jhunjhunu, Rajasthan from January 12 to 16, 2023. A total of 20 top qualified players from various zones in India and abroad participated in the championship.  Four players from the school badminton team represented the school at the National level. Neha Susan of grade 9, played against a top-ranking ‘Junior India’ player Mansa Rawat in the quarter finals and put forth a tough fight. Awaneeshwar and Esha Sachin of grade 9 also reached up to the quarter finals in the mixed doubles category. All the four players gave their best.

Dhruva defeated Gokul of PSBB Sr. Secondary in the pre-quarter finals, Sanut Jaiswal of Scholar Mission School, Kanpur in the quarter finals and Mayukh of Silicon city Academy Bangalore in the semifinals. He played against Aryan Randhawa of St. Mary’s school in the finals and missed the gold medal in the deciding set falling short of just of  3 points. The credit for his great achievement goes to the result of Dhruva’s tireless effort, systematic practice, and passion for the game. Dhruva has been undergoing training from his very early years. The unstinted support and encouragement of his parents has greatly helped to shape him into the player that he is today. The achievement is also a testimony to the holistic development the students undergo at IES, Bhavans Kuwait. The school leaves no stone unturned in bringing out the inherent talents of children. Physical Education holds a pivotal position in the school curriculum.

The management, staff, and students of IES welcomed the young hero and the team with bouquets of blessings. The Chairman of Bhavans Middle East, Mr. N.K. Ramachandran Menon, blessed Dhruva and expressed his desire to see him emerge as a player representing India in the near future. He extolled HOD PED, Dr. Murugayan for his able leadership, and appreciated the relentless efforts put forth by his team in training the students in the field of sports. The principal, Mr. T. Premkumar greeted Dhruva and the team with garlands and asked him to continue playing and giving his best. The vice principals and the headmistress congratulated the champ and appreciated the efforts of the entire team.